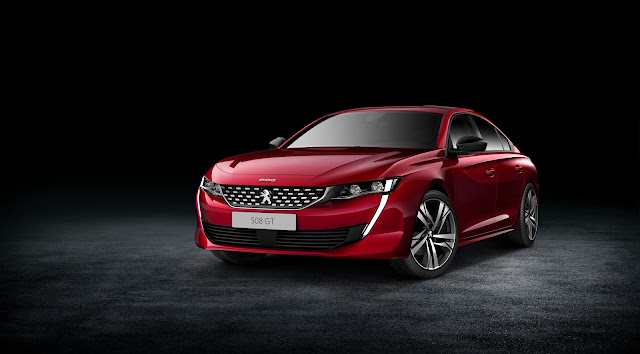 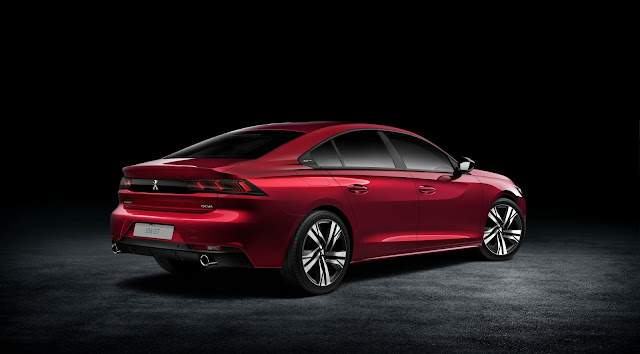 Steve Rogers gives his verdict on the new Peugeot 508.

IT'S bold and beautiful so is this the car that can crack the saloon car market for Peugeot?

Not that many of us are buying big saloons any more, and those that do tend to go up market for Audis, BMWs, Mercs and Jags.

Peugeot and large saloons have never gone down well here but the French company has a strong tradition - 405, 505, 607, even the outgoing 508 were all decent cars but the Brits have a thing about big French cars and drive past the showrooms. Renault and Citroen have already thrown in the towel so credit to Peugeot for trying again.

Although new 508 looks like a saloon it is actually a hatchback and that has helped the designers create that sweeping ever-so-low roofline which has thrown up a minor glitch but we will come to that later.

I liked the shape of the old model but up against this it does look a bit dull. There are lots of eye catching features, a sexy front, streak style daylight driving lights, coupe look roofline and a full width reflective strip along the tailgate.

Inside has been totally revamped with Peugeot's signature i-Cockpit layout. It is very much 21st century stuff with a 12.3 inch digital binnacle, interchangeable for layout and colour along with a central 10 inch touchscreen.

This switch-free zone came in for a lot of stick from the likes of me when it was first used in the 308 because it was all touch control and very irritating. Peugeot took the criticism and did a quick redesign for the next model creating 'piano key' toggle switches that not only solved the problem but added a stunning design feature to the dashboard.

If this is still all too baffling tune into to voice control and speak your commands for radio, navigation, mobile phone and heating controls.


Just about every car company is going down the digital route so we are going to have to live with it. On the plus side it brings so much more to car travel particularly for people with smart or i-phones, which is almost everyone.


The Peugeot is not as big as the Vauxhall Insignia, its rival and new partner, but passenger space is pretty good and there will be no complaints about legroom, even for six footers although taller folk will have something to say about the poor back seat headroom. Even my five foot nothing sister-in-law commented on how close her head was to the roof, and that's the penalty for the low roofline mentioned earlier.


But the switch to a hatchback is a success with more boot space and a wider opening for easy loading.


Even with switchable suspension settings the ride on my GT model is always firm but that is just a warning rather than a complaint. This car is set up to cope with aggressive driving and has far more grip than the average driver is ever going to need let alone use.


Peugeot has one of the strongest engine line ups and the 1.6 litre petrol under the bonnet here is the best. How they have managed to muster 225bhp is beyond me but the reward is razor sharp response right across the rev range. It reminded me of the stunning performance from the two litre 405 Mi-16 a quarter of a century ago.


Far be it from me to encourage anyone to exploit the GTs performance but should a driver get too eager there are so many safety features it is almost like driving in a protective bubble although the night vision view for the driver is a step too far for me. I want to be concentrating on the road not glancing down at a screen to see what's going on.


Is there anything that needs to be improved? The rear view camera definition is poor by today's standards and if proof is needed jump into a Volvo and see the difference.


Peugeot has done all it can to convince customers 508 is a worthy rival to the dominant German trio throwing down the gauntlet with a car full of presence, quality, performance and technology.


If Peugeot can't do it with this cracker it never will.