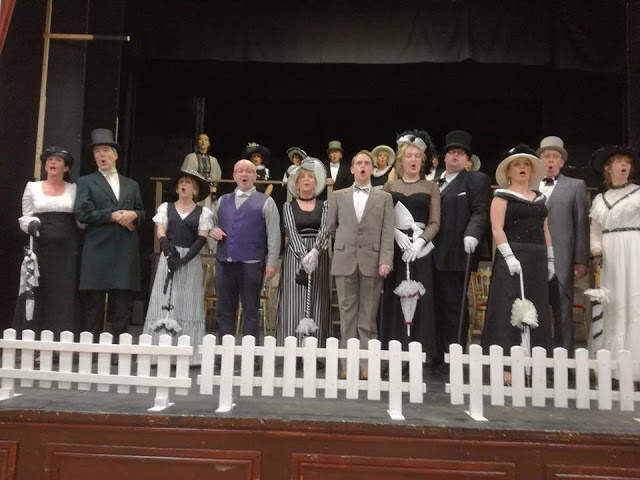 * A scene from last year's production of My Fair Lady. 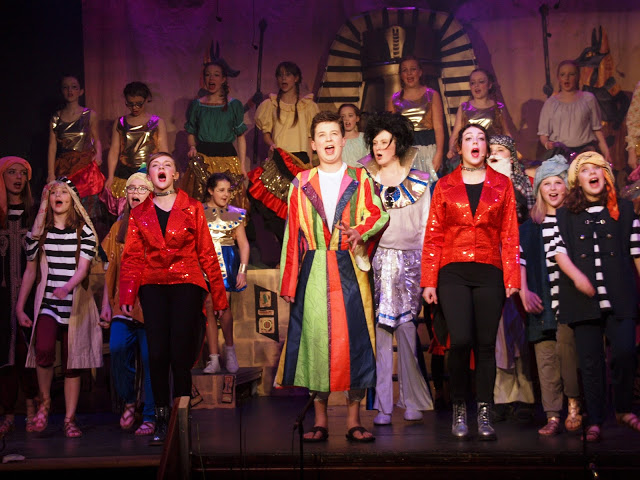 * The cast of Joseph and His Amazing Technicolor Dreamcoat on stage.

In this year's Wales and Ireland Regional Annual NODA Awards the society's junior section, the Young 'Uns, is line for Best Youth Group Musical for Joseph and His Amazing Technicolor Dreamcoat, which was produced by Pamela Williams.

Shea Ferron gets a nod for Best Supporting Actor for his appearance in the same show. He played the Pharoah interpreted as a bequiffed, hip-swivelling Elvis.

Best Supporting Youth Performer 21 and Under - Celyn Orton-Jones and Erin Roberts.
The society itself is nominated in the Best Show category for its 2018 production of My Fair Lady.

Further nods for the My Fair Lady team are for Best Stage Management and Technical and Best Performers - Bill Hughes (Alfie Doolittle) and Alison Ravenscroft (Supporting Role as Mrs Pearce).

Jo Lloyd, who directed both Joseph and My Fair Lady, said: "It was an honour to cut my teeth in the director's chair for two productions last year.

"I am very proud to say that both productions have been nominated for the NODA awards.

"Congratulations to the production team, cast , crew and all involved - fingers crossed!"

Helen Belton, producer for My Fair Lady, said: "Having been on stage a number of times I decided to try my hand at producing, and what a show to choose for my first.

"There was so much to do, to oversee and to co-ordinate but I'm grateful to everyone for the way in which the volunteers and cast get involved with Llangollen Operatic Society with the utmost commitment and professionalism. A massive team effort.

"My Fair Lady will be very special to me for a long time to come. An award would be a wonderful bonus for everyone."

Shea Ferron, who has just finished appearing in the Young 'Uns' latest production, Grease, said: "I am very privileged to have been nominated for the NODA of Best Supporting Actor. It’s great news to find out after just finishing Grease."

Last year, after being nominated in a number of categories, Young 'Uns landed NODA's Best Musical award for its production of Bugsy Malone.