New season ready to steam ahead at railway 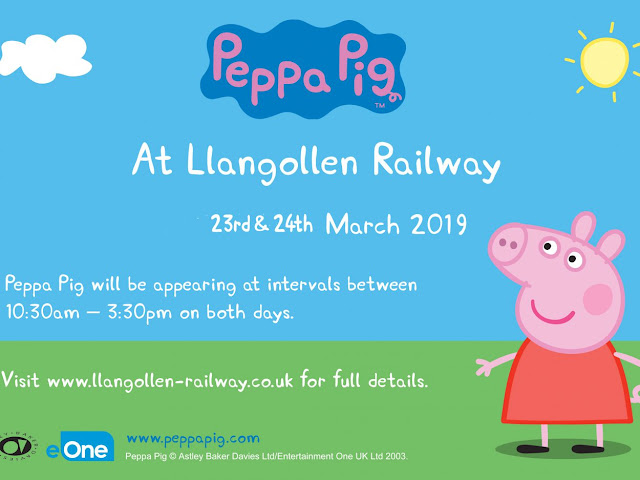 * Peppa Pig is heading for Llangollen Railway on March 23 and 24. 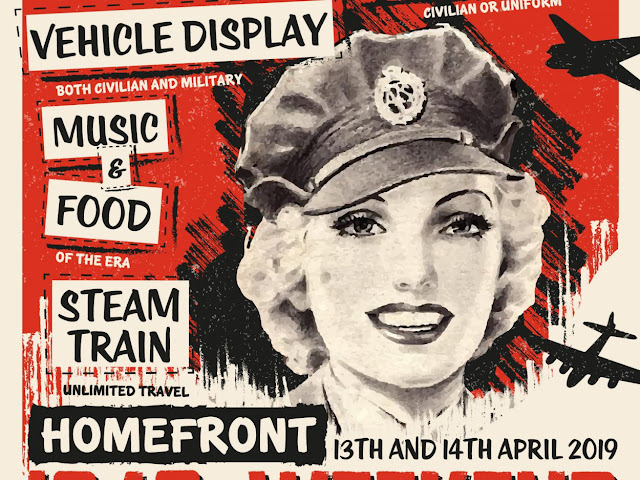 The first trains for the new season at Llangollen railway begin running during the half term break.


The programme starts next Monday, February 18 when a diesel railcar will initially operate three services a day from Llangollen to Carrog which will be the interim terminus pending an opening through to Corwen.
Steam trains will operate during the latter part of the week and at weekends.
For the half term weeks in February and March a special offer is being made for family groups with the first child going free and second child at half-fare accompanied by a fare paying adult.
Travelling on the Llangollen Railway will allow a younger generation to see how grandparents once went everywhere by train.
A mid-week diesel railcar service (Tuesdays – Fridays) will operate throughout March to allow visitors to access the Dee Valley via the stations at Berwyn, Glyndyfrdwy and Carrog from where different sections of the Dee Valley Way can be followed as part of a day out during the early spring.
Llangollen Railway's business manager Liz McGuinness said: “Whilst we are eagerly anticipating the opening through to the new terminus at Corwen on a date to be announced, there is still much to do to complete this new station and prepare it for an official inspection.
“However, in the early part of the railway’s season some notable attractions lined up.  The popular Peppa Pig will visit March 23/24 and Paddington Bear will make a return visit on May 25. A three-day Thomas the Tank event is scheduled for April 26-28.
“The weekend of April 13/14 will have a 1940s theme and alongside the steam trains, many attractions are being lined up to appear at stations with re-enactments, a military and civilian vehicle display, music and food of the era and fancy dress for those who choose to come in uniform or civilian clothes of the wartime and post war periods.”
* More details at: www.llangollen-railway.co.uk
Posted by llanblogger at 7:07 AM