Llan-written novel gets its release 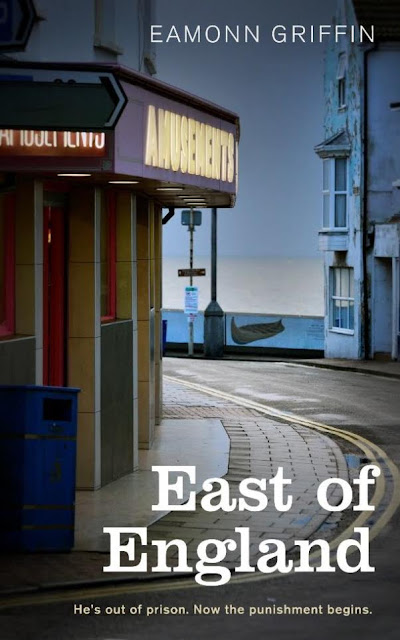 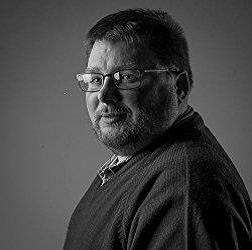 A Llangollen-based author has produced a new novel set in Lincolnshire – although he says that it was largely written at a popular café in town.


Eamonn Griffin (pictured) says he penned most of the book, entitled East of England, in M'Eating Point on Berwyn Street, although it doesn’t mention Llan at all.


The noir-ish thriller was published last week by an organisation specialising in crowd-funding called Unbound.

The book's available from Amazon, Waterstones, Hive and all other book retailers (online and offline) in paperback and ebook format, and locally may be ordered via Courtyard Books in Llangollen (an online purchase via Hive may be configured to support that shop too).

A synopsis of the story says:

Dan Matlock is out of jail. He’s got a choice. Stay or leave. Go back to where it all went wrong, or simply get out of the county. Disappear. Start again as someone else. But it’s not as simple as that.


There’s the matter of the man he killed. It wasn’t murder, but even so. You tell that to the family. Especially when that family is the Mintons, who own half that’s profitable and two-thirds of what’s crooked between the Wolds and the coast. And who could have got to Matlock as easy as you like in prison, but who haven’t touched him. Not yet.


And like Matlock found out in prison, there’s no getting away from yourself, so what would the point be in not facing up to other people?


East of England blends a rural take on the noir thriller with a fascination with the British industrialised countryside that lies east of the Wolds, between the Humber and the Wash. Unlit byways rather than the neon-bright and rain-slicked city. A world of caravan parks, slot machines, and low-rise battery farms.


The flatlands of the east coast; decaying market towns and run-down resorts, and the distant throb of offshore windfarms. Where the smell you’re trying to get out of your clothes is the cigarette taint of old phone boxes and bus shelters, and where redemption, like life, is either hard-earned or fought for, one way or another.


Author Eamonn Griffin was born and raised in Lincolnshire.

He's worked as a stonemason, a strawberry picker, in plastics factories (everything from packing those little bags for loose change you get from banks to production planning via transport manager via fork-lift driving), in agricultural and industrial laboratories, in a computer games shop, and latterly in further and higher education.


He’s taught and lectured in subjects as diverse as leisure and tourism, uniformed public services, English Studies, creative writing, film studies, TV and film production, and media theory. He doesn’t do any of that anymore. Instead he writes fulltime, either as a freelancer, or else on fiction.


Eamonn has a PhD in creative writing with the University of Lancaster, specialising in historical fiction, having previously completed both an MA in popular film and a BSc in sociology and politics via the Open University. He really likes biltong, and has recently returned to learning to play piano, something he abandoned when he was about seven and has regretted since.

Review copies are available via Netgalley at: https://www.netgalley.com/catalog/book/155755

For details of the book, go to: https://unbound.com/books/east-of-england/
Posted by llanblogger at 7:18 AM