New object of desire from the Italian romeo 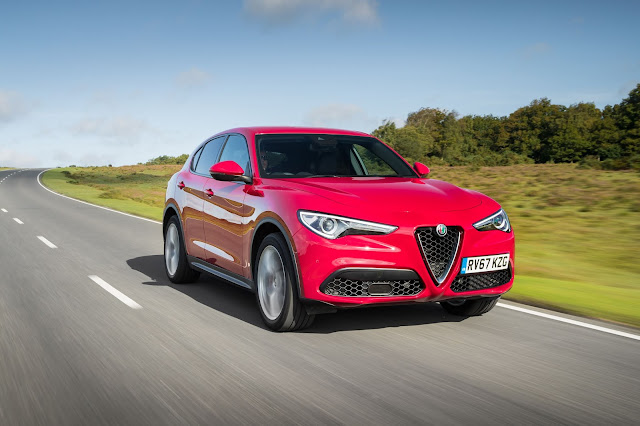 MENTION Alfa Romeo and I go all weak at the knees.

Bit OTT for a grown man I suppose but it is the one car badge that really excites me, and I know all about its colourful history.

I have driven some dodgy Alfas, albeit a couple of decades or more ago, loose trim, awful gearboxes, electrical cock-ups, but it didn't matter. The engines sounded marvellous and the handling was sublime.

My passion for the Italian romeo goes back nearly 50 years when a friend gave me a lift in his Alfasud.


For a youngster whose wheels were a beat up Renault 8, the Alfasud was motoring heaven . The way it danced through bends left me gobsmacked and I wanted one.


It never happened but at least this job has given me nearly 40 years of sampling these Italian beauties. The designers at Alfa have created gorgeous saloons and hatchbacks but penning an SUV is a challenge and a half so can the new Stelvio set hearts racing.


Alfa is virtually last to the SUV ball but clearly wanted to get it just right. It is built on the same platform as the glorious Giulia, the most exciting car I drove last year, and Alfa's engineering supremo Robert Fedeli wanted that saloon's brilliant dynamics mirrored in Stelvio.


That's a big ask, almost an impossible one given the high sided body of an SUV, yet the engineers have made a pretty good fist of it and the designers haven't done a bad job either.


Well, the front definitely looks the business but with the famous shield grille and badge how could they fail to build something stylish around it. The profile is everyday SUV fair but I like the rounded proportions which flow neatly to the tailgate.


So having succeeded on design front does Stelvio come up to scratch on driving dynamics?


It ain't no Giulia that's for sure, but then a BMW X3 is no 3 Series so let's not kid ourselves. Yet this SUV, which is lighter than some key competitors, will hold its own if put to the test on a race track (not that I got the chance but I know it would) thanks to some clever work by Mr Fedeli's team.


The suspension is stiffer than the Giulia because it has to control the inevitable body roll of a car that stands tall, so in the main they have risen to the task.


The downside is you feel every bump and at times the ride can be annoyingly unruly.


There can be no complaints on performance and in this case it comes from the dreaded diesel. I don't get the anti diesel hysteria because the engines are cleaner than ever with lower emissions than petrol engines.


The Stelvio's turbo charged 4-cylinder 2.2 litre is a beast, flying off the start line, and with so much mid range torque it is hard not to keep flooring the fast pedal just to get the thrill, and that's before switching from normal to dynamic setting which heightens the throttle response and weights up the steering.


Stelvio delivers an exciting drive mainly because it is rear wheel drive with all the poise and balance that brings. Four wheel drive only kicks in when the sensors detect slippery conditions.


It all happens through an eight speed automatic but it is tempting to go manual using the oversized steering wheel paddle changes for the hell of it. Great fun.


Some will complain the paddles are so big they cover the stalks, but they are so nice to touch and I only changed gear by mistake once when reaching for the stalk to wash the screen!


It has taken Alfa too long to bring its SUV to the table but the end justifies the means and Stelvio is a match for similar premium offerings from Jaguar, BMW, Audi and such like.


Style, performance, handling, build quality, equipment, safety, they are all there. Alfa has been on a roll for a while with some great cars so Stelvio ought to rack up some decent numbers.


PS: This car is too good to turn your back on so if a diesel Stelvio is a no-no then look out the turbo charged 2-litre petrol. It will prove a very spicey alternative.