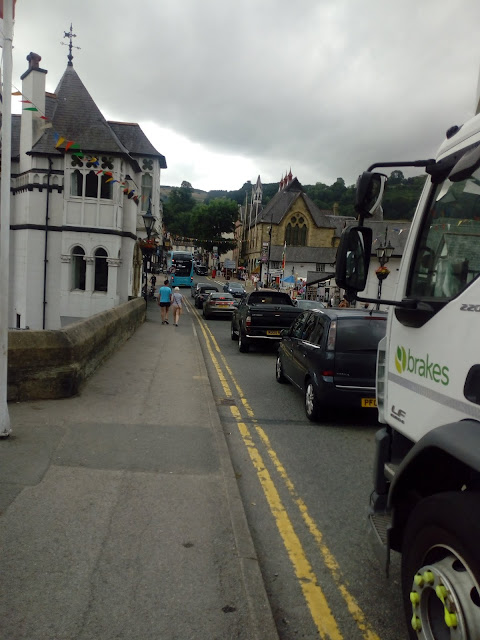 Town councillors have been updated on the progress of a scheme to boost the local economy and support regeneration efforts.

Llangollen is one of 10 partnerships across the country which will share over £260,000 of Welsh Government funding to explore establishing Business Improvement Districts (BIDs).

North WalesSouth East WalesSouth West WalesAfter a BID is agreed via a legal ballot, each business contributes financially via a levy, which is then used to fund the agreed activities set out in their business plan.

These could include marketing, promotion and events, car parking, tackling anti-social behaviour, improving access to towns, or work to make the area more vibrant and viable.


A representative of consultants the Mosaic Partnership, who are currently carrying out a feasibility study into the BID, gave a progress report at the Town Council meeting last week.


And Mosaic director Mo Aswat has explained to current state of play to llanblogger.


He said: “The feasibility study is the first part of a three-stage process and its purpose is to recommend whether the process moves forward to the development and campaign stage.”


He added that the study would be completed in March and would make that recommendation on the basis of:


Mr Aswat added: “The recommendation from the feasibility study does not mean that the BID will go ahead, only that we move or not to the next two phases.


“Any decision to have a BID is decided by businesses in a formal and independent ballot which would not take place until after the development and campaign phases in early 2020, which will undertake a much greater level of consultation and ultimately result in a full business plan before the ballot.”


* Mosaic is encouraging businesses in the area to complete the Feasibility Stage Survey, which can be found online at https://www.surveymonkey.co.uk/r/LlangollenTC2019
Posted by llanblogger at 6:43 AM