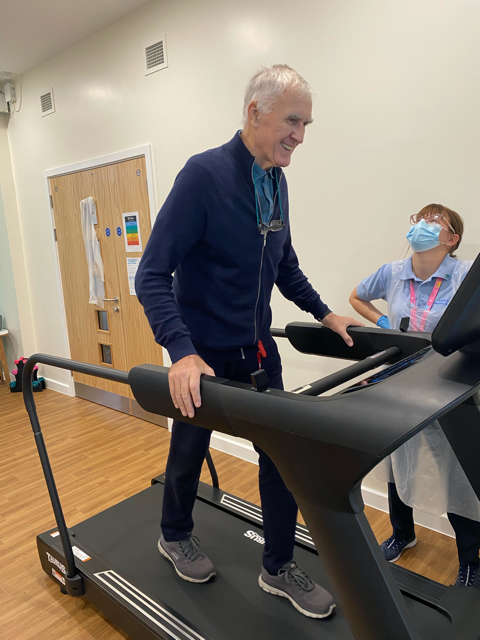 * Dai Davies being put through his paces during a

According to a story which has just appeared on North Wales Live, tributes have been flooding in for ex- Wrexham and Wales international goalkeeper, Dai Davies, who has died.

Mr Davies, who ran a natural healing centre in Llangollen, had been diagnosed with terminal pancreatic cancer earlier last year and had been spending time at the Nightingale House Hospice, in Wrexham.

* For the full story, see: https://www.dailypost.co.uk/news/north-wales-news/tributes-flood-welsh-goalkeeping-legend-19807921?fbclid=IwAR1wTCxUmp3qfZkkJHq-FNIVuoUWJnwcgnJqY1DX4LxNAw_eDszO9DJruZA

Posted by llanblogger at 1:29 PM