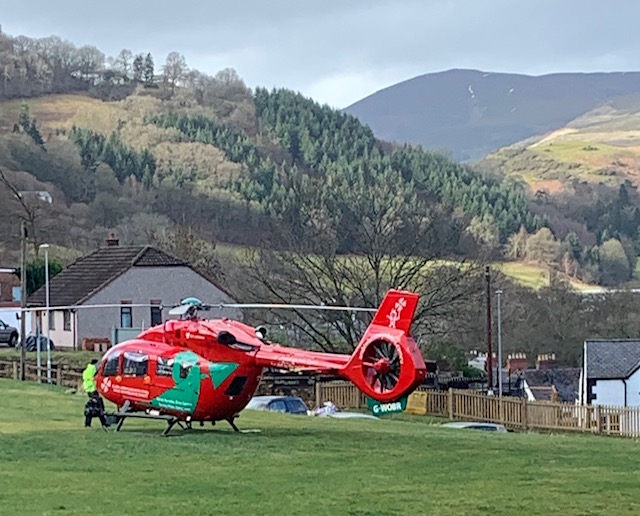 A spokesperson for the Welsh Ambulance Service said: "We were called today, Monday 15 February, at approximately 12.45pm to East Street, Llangollen to reports of a person having suffered a fall.

"We responded with one emergency ambulance and the Wales Air Ambulance was also mobilised.

"One patient was taken by road to Wrexham's Maelor Hospital for further treatment."

A spokesperson for Wales Air Ambulance said: "I can confirm that Wales Air Ambulance attended a trauma incident in Llangollen this afternoon (15/02/21). Our Welshpool-based crew were mobile at 13:32 and arrived at the scene at 13:44. Following treatment from the 'Welsh Flying Medics', the patient was conveyed to hospital by the Welsh Ambulance Service. Our involvement concluded at 14:54." 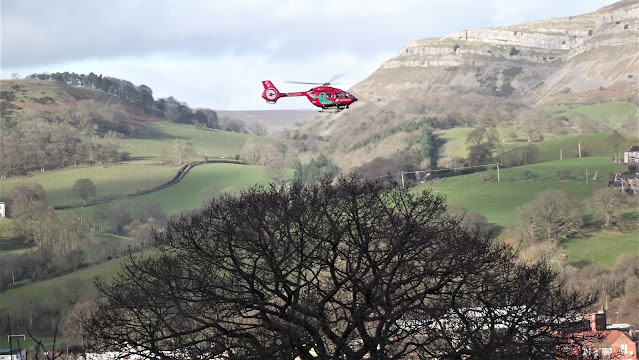 * The helicopter gets airborne again after the incident. Picture: Stuart Davies.

Posted by llanblogger at 3:50 PM