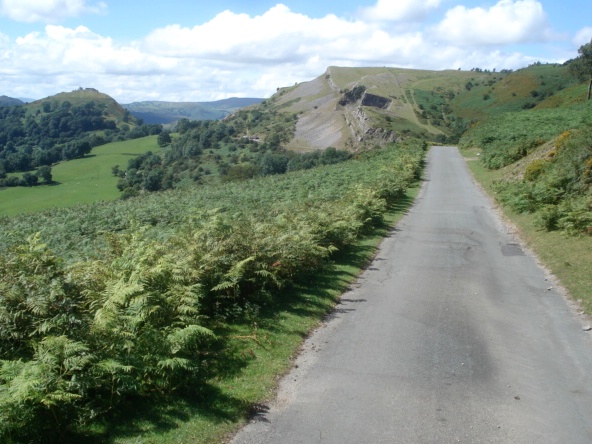 * The Panorama near Llangollen.

A Llangollen resident is asking the area's two county councillors to consider temporarily closing parking areas in a local beaut spots to prevent their use by lockdown rule-breakers.

On Tuesday llanblogger highlighted the story about Clwyd West Senedd Member Darren Millar and two Denbighshire County Councillors, Martyn Holland and Huw Williams, who were asking for lay-bys on the main A494 to be temporarily closed.

They were concerned that people are parking in them to access nearby fields to go walking and sledging during lockdown, despite Welsh Government Covid rules stating that people should not travel for exercise.

A concerned local resident has now written to Llangollen county councillors Graham Timms and Melvyn Mile asking them to consider similar measures in this area.

In his email to them, he says: "Having read the article in llanblogger, I just want to let you know of an issue up on the Panorama.

"I was up there yesterday afternoon on my mountain bike, exercising from home back to home in accordance with the current Welsh Covid Regulations.

"I was disappointed therefore to see cars parked in informal parking spaces as you go from by the castle along as far the junctions at the top of Garth.

"Some people are clearly breaching the regulations and disregarding public safety in relation to the pandemic which is very regrettable. I saw about nine vehicles including a chap who was getting a drone out of the boot of his car to fly in this beautiful location.

"You therefore might like to consider asking for these lay-bys to be closed similarly to the request of your fellow councillors in Denbighshire.

"I would also mention that there was considerable rubbish dumped in the parking space as you come up the hill from the Sun Trevor, turn right and the informal parking area is on the left at the top of a rise."

Posted by llanblogger at 1:28 PM