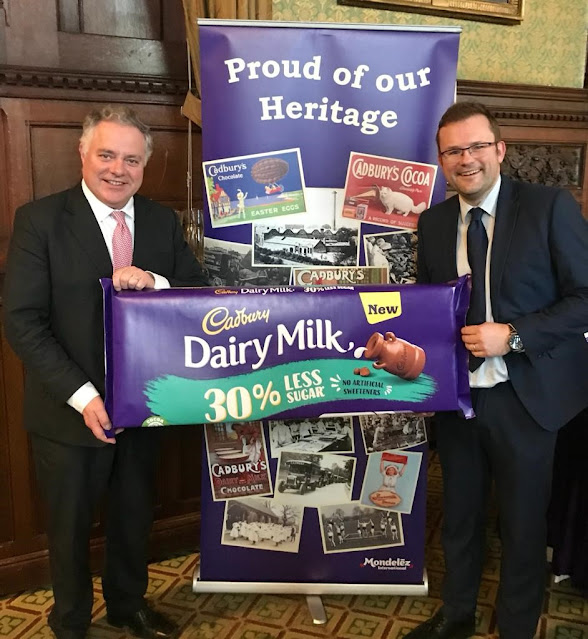 Clwyd South MP Simon Baynes has welcomed the announcement that Mondelēz International, makers of Cadbury Dairy Milk, has announced plans to invest £15 million into the UK, at its Bournville site, which is supported by its factory in Chirk, where cocoa beans are processed and fresh milk is added.

The investment will include £11 million to create a new, line of the future for Cadbury Dairy Milk tablets as the company consolidates the majority of its tablet production at the site.

The new, highly efficient line will enable 125 million more of the iconic large sharing bars to be made at its UK factory in Bournville annually, with additional capacity for any future growth.

Alongside the new line, Mondelēz is also planning to invest a further £4 million at the site to increase its chocolate making capacity, to ensure sufficient chocolate mass to meet current demand and anticipate future needs.

Louise Stigant, UK Managing Director, Mondelēz International said: “At a time when manufacturing in the UK is facing significant challenges, it has never been more vital to secure the long-term competitiveness and sustainability of our business.

"We now have an opportunity at Bournville to further invest in its future as the home and heart of Cadbury by bringing more Cadbury Dairy Milk production to Bournville.”

Simon Baynes MP said: “The news that Mondelēz International plans to consolidate the majority of Cadbury Dairy Milk tablet production to the UK is excellent news for Chirk in Clwyd South, where cocoa beans are processed and fresh milk is added.

"Investment in the new production line will see 12,000 tonnes more Cadbury Dairy Milk tablets – equivalent to 125 million bars - made in the UK each year.

“I welcome this investment with open arms and I’m proud to see Chirk and Clwyd South contributing to the success of a much-loved British brand and the production of the nation’s favourite chocolate bar.”

Posted by llanblogger at 7:22 AM