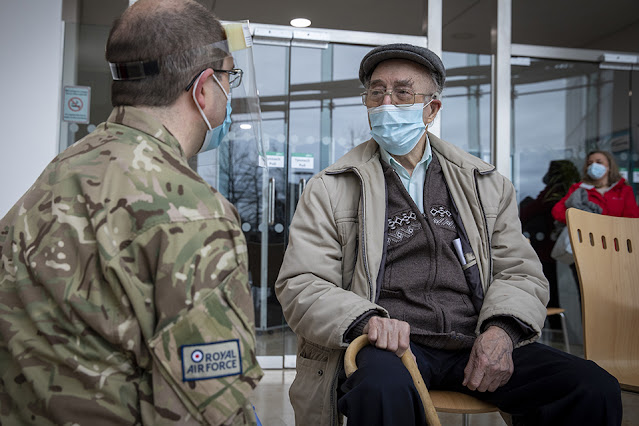 Clwyd South MP Simon Baynes has praised the UK Government’s decision to deploy an additional 96 service personnel to Wales to support the Welsh Government with the roll-out of Covid-19 vaccines.

Mr Baynes welcomed the decision made by the Secretary of State for Wales, Simon Hart MP, and Defence Minister for the Armed Forces, James Heappey MP, to approve a Military Aid to the Civilian Authorities (MACA) request from the Welsh Government.

The MACA will provide 96 service personnel to carry out a range of tasks including up to 20 defence medics who will boost capacity by leading teams of local vaccinators.

The UK Government has also provided two military planners to Betsi Cadwaladr University Health Board in North Wales until mid-March to assist with the planning of the vaccination programme in the area.

This follows on from the UK Government providing 92 service personnel to support Wales’ Health Boards in rapidly establishing and operating vaccination centres, as requested by the Welsh Government in December 2020.

The 96 additional service personnel expected to be on task until the end of April 2021.

Their progress will be reviewed in mid February and will help the UK Government understand the level of demand for the 92 service personnel who have been supporting Welsh Government since early January, and who are expected to complete their duties on 28 February.

Minister for COVID Vaccine Deployment, Nadhim Zahawi MP, said: “Our military personnel are playing a crucial role in making sure that those who are eligible for the vaccine in every part of the United Kingdom get their jabs as quickly as possible. Working alongside local partners and healthcare heroes, I’m grateful for their efforts which are testament to the strength of our Union and will help us maintain the rapid pace of the roll out in all four corners of the UK.”

Simon Baynes said: “It is vital that we get as many people vaccinated as quickly as possible to put an end to this terrible virus. The military have played and continue to play a key role in delivering this vaccine to people here in Clwyd South, Wales and across the United Kingdom.

“We have seen the incredible role that NHS and other key workers have undertaken since the beginning of the pandemic, including our heroic armed forces and I thank them for their incredible efforts.