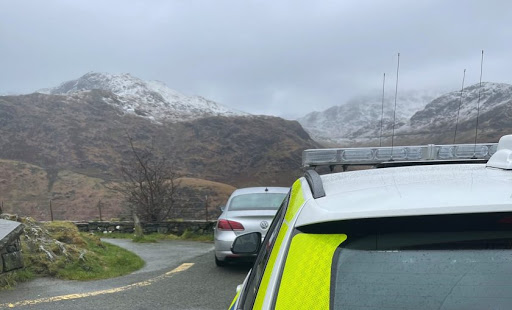 Mr Millar and councillors Martyn Holland and Huw Williams are concerned that people are parking in lay-bys along the A494 to access nearby fields to go walking and sledging during lockdown, despite Welsh Government Covid rules stating that people should not travel for exercise.

The MS said: "In between Christmas and New Year, Denbighshire Council rightly took the decision to close the car parks at Loggerheads and Moel Famau following reports of large numbers gathering there over the festive break.

“Whilst such action has had the desired effect, unfortunately people have now taken to parking along the A494 and in lay-bys along this stretch to access nearby fields for walks and sledging.

“North Wales Police are patrolling the area, but even this does not seem to be deterring people and I think the only way to put an end to it is to temporarily close off the lay-bys.”

Cllr Holland, who represents  Llanarmon-yn-Iâl  and Llandegla, said: “I would particularly like to see the Plymog layby in my constituency temporarily closed off to discourage people from coming here.

“As a county councillor, I always dread it when it snows as people flock here to sledge. But given all the terrible news on the television in recent weeks regarding the pandemic, I’ve been shocked that people are still travelling here.

“The Welsh Government rules clearly state that you should not be travelling for exercise.

“My constituents are very concerned that they are being put at risk and I’m therefore calling for these lay-bys to be temporarily closed to prevent people coming here during lockdown.”

Cllr Williams said: “I’m disappointed with the Welsh Government for not closing the lay-bys which has resulted in people parking and abusing the Covid-19 rules. Something needs to be done about it and soon.”