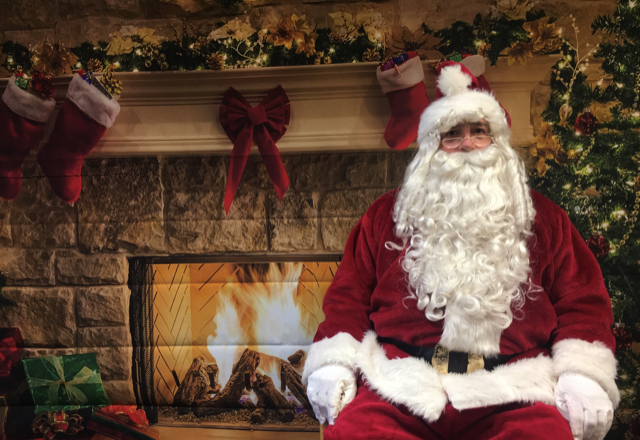 A series of personalised Christmas video messages by Santa Claus from his virtual grotto in Llangollen raised over £1,000 for the Wales Air Ambulance.

Sion Corn, as he's known in Welsh, works closely each year with Austin "Chem" Cheminais - now the town's mayor - to boost funds for the air ambulance and other local good causes, with cash coming in from Llangollen's annual Christmas festival as well as personal appearances and quizzes during December.

But Christmas 2020 was very different due to Covid-19 restrictions, which saw the festival cancelled, so Santa had to find a new and safer way of fundraising.

He and Chem came up with the idea of setting up a properly isolated grotto from where Santa used the internet to beam personalised seasonal messages to people prepared to make a small donation to the usual causes.

Chem said: "Although most requests were Llangollen-based Santa had requests for messages from across the UK and as far away as the USA.

"He produced over 50 video clips and raised a very healthy £1,075 for the Wales Air Ambulance for which he and I are very grateful."