Some - if not all - of Castle Street potholes are repaired 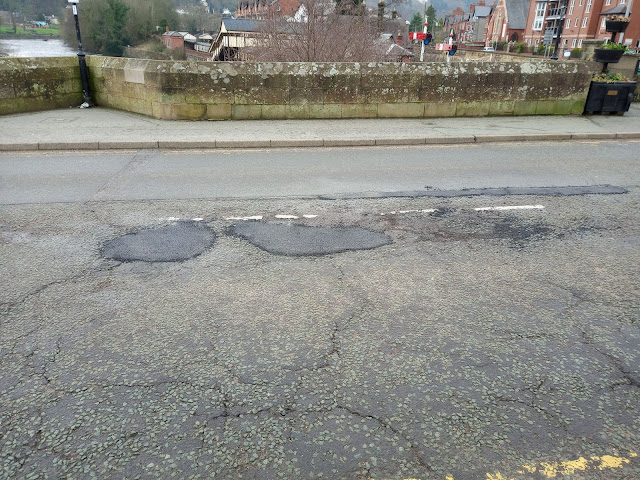 * Top and bottom: The potholes on the bridge which have been repaired. 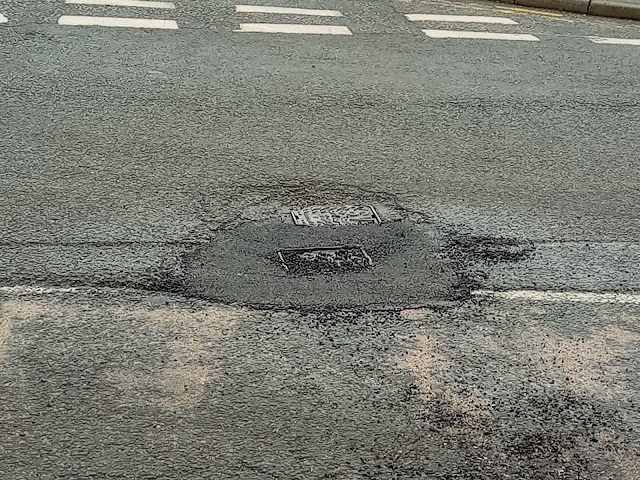 Some of the deep potholes which litter Castle Street in Llangollen have been repaired.

Two of the more extensive holes on the bridge - on the left-hand carriageway heading towards the A5 - have been filled in what appear to be temporary repairs.

One of the deeper holes on nearby Abbey Road also appears to have been filled.

However, a number of other deep cavities in the roadway, such as the one on the right-hand bridge carriageway and another at the junction of Castle Street and Parade Street, have not yet been attended to.

The worsening state of the Castle Street potholes was pointed put to Denbighshire County Council, which is responsible for local road maintenance, by llanblogger a couple of weeks ago.

Shortly afterwards a spokesperson said an officer would be sent out to examine the holes and advise on whether they were a safety hazard.

This morning llanblogger has asked the county council if and when the remaining potholes will be dealt with.

* Two holes still unrepaired: On the bridge (top) and at the junction of Castle Street and Parade Street (below). 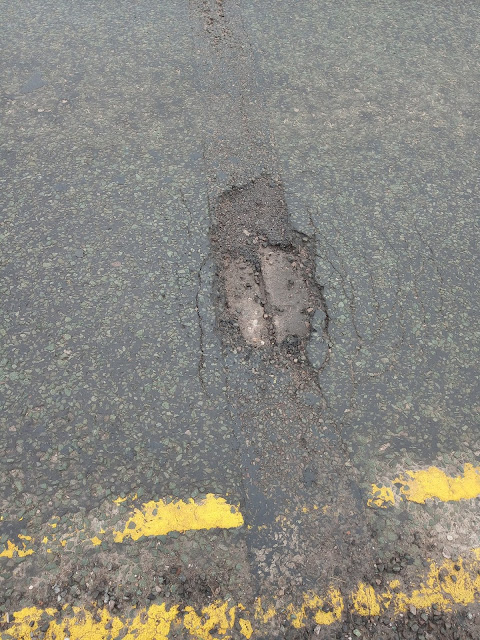 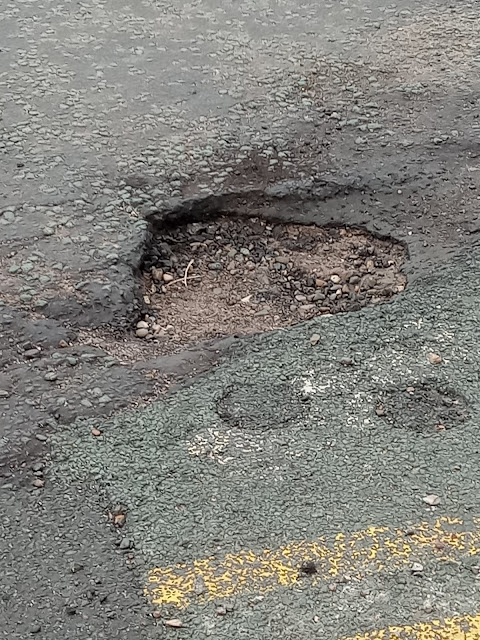