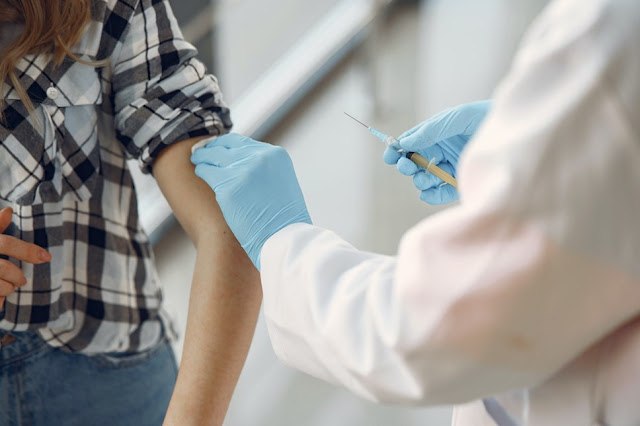 North Wales MS Mark Isherwood has challenged the First Minister over vaccination standby lists following reports of people not in the national priority groups being offered the jab in North Wales.

Speaking during yesterday’s meeting of the Welsh Parliament, Mr Isherwood provided numerous examples of people not in the national priority groups being offered the vaccine ahead of frontline police officers, teachers and other workers at risk of coming into contact with people infected with Covid, and asked the First Minister why this is happening.

He said: “Betsi Cadwaladr University Health Board stated last Thursday  that no vaccines will go to waste as 'we are using a standby list created in accordance with the national priority groups’.

"However, many Flintshire residents have contacted me stating otherwise.

“One said ‘A neighbour had a knock on the door from a new resident, who said everyday there are spare vaccinations as many people were not turning up, and if she was interested in a jab her contact at Deeside Vaccination centre would call her later in the day’.

“Another said ‘I have been made aware of a person, employed on IT duties, aged 26 with no underlying health conditions vaccinated at short notice, this is the third situation where I have heard of somebody that is outside of the roll out criteria being vaccinated on short notice’.

“Another said ‘there are people who are not frontline NHS staff/over 80 etc receiving appointments to have the vaccine - none had underlying health conditions’."

He added: "What, therefore is going on when surely any standby list should prioritise people like frontline police officers and teachers?”

In his response, the First Minister described Mr Isherwood’s comments as “a collection of random and unattributed anecdotes that really don't amount to a single piece of serious commentary” and said that “the health service across Wales, and in Betsi Cadwaladr too, is working as hard as it possibly can to deliver vaccination in line with the JCVI advice.”

He added: “Of course health boards have reserve lists, so that when people are unable, for all sorts of reasons, to take up an appointment at short notice, there are other people who can be called upon, so that vaccine does not go to waste. What could possibly be objectionable in that?”

Speaking after the meeting, Mr Isherwood added: “I have been inundated with e-mails just like these, but was only allowed enough time to quote a few examples.

"Of course we praise everyone involved in delivering the Vaccination Programme, but that doesn’t exempt this First Minister from scrutiny and his insulting dismissal of my constituents concerns is deeply regrettable.

“If the Welsh Government was following  JCVI advice, then the circumstances I described could not be happening. If they are, why won’t they admit it and instead prioritise on standby lists those whose employment means that they run the risk of coming into contact with people infected with COVID, when vaccines would otherwise go to waste?”