Vicar aims to set up music hall branch in Llangollen 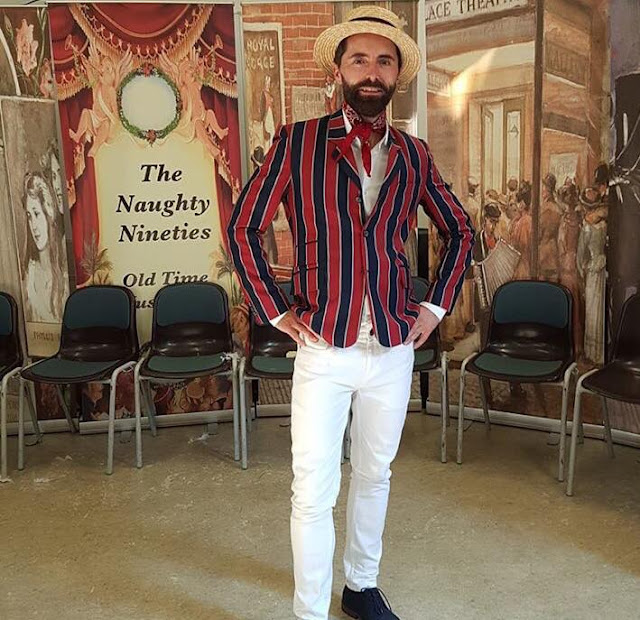 Llangollen’s showbiz-loving vicar is aiming to set up a North Wales branch of the British Music Hall Society based in the town.

A big fan of the music hall since he was a youngster, Father Lee Taylor is a keen member of the society and also a frequent performer of the style of sing-along music which was popular around the end of the Victorian era and into the 20th century.

The vicar of St Collen’s and three other churches in the Valle Crucis Area, Father Lee now wants to set up a new branch based in Llangollen where fellow enthusiasts from right across the region can come together to celebrate their love of vintage songs like Down at the Old Bull and Bush and Champagne Charlie.

He said: “I’m a massive fan of music hall which was where the masses went for a good night out well before the days of TV and radio.

“I’ve been a member of the society for quite a few years and its stated aim is to cherish the entertainment jewels of the past.

Father Lee himself has been known to tread the boards doing comic songs and patter from the great days of music hall, particularly those involving vicars.

“I perform old songs like The Vicar and I Will Be There and, in fact, that’s one of the ones I’ll be doing when I do a guest performance for the local Ladies’ Fellowship in August,” he said.

“On Saturday, September 21 I’ve organised a coach trip from Llangollen to the world-famous City Varieties Theatre in Leeds, known as the home of music hall after years of staging the show, The Good Old Days. We still have a number of places left on coach.

“I’d love to start a North Wales branch of the society which would probably meet monthly in Llangollen. We’d have talks on the music hall, perhaps from experts and maybe people who saw it.
“We’d also show video clips of performances and have sing-alongs which I’d accompany on the piano.

“If we attracted the right kind of talented people we might even organise some music hall performances in local venues like church halls and pubs.”

* If you’re interested in joining a local branch of the British Music Hall Society, or joining the Leeds trip in September, email Father Lee on: frleetaylor@hotmail.co.uk
Posted by llanblogger at 6:43 AM