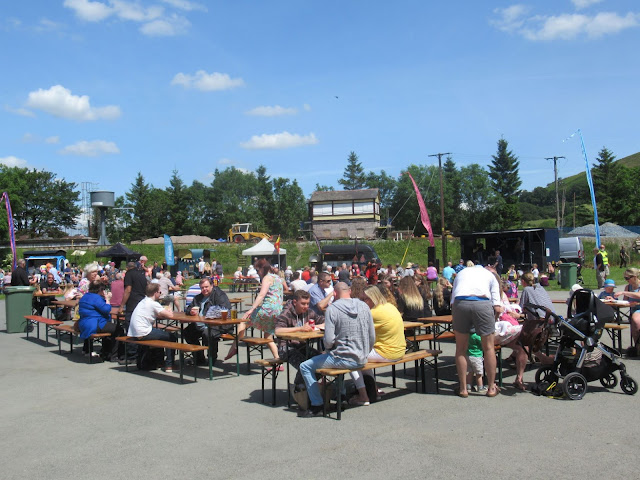 * A general view of the food festival, with the new station in the background.

Thanks to glorious weather, the first Corwen food festival brought out the crowds yesterday (Saturday).

Based on the old Pavilion site and organised by Anglesey Events, it included a host of stalls showcasing products from a wide area of North Wales.

George Jones, spokesman for Llangollen Railway whose project to open a new station in the area is rapidly nearing completion and who took these pictures, said: "The station development formed an impressive backdrop and it was generally agreed that at future events the arrival of a steam train would make a dramatic entrance.

"The potential for the site was clearly demonstrated and for once the town's car park was full - and free.

"The event attracted a variety of stalls featuring craft and heritage sales, as well as traditional and exotic food and drink.

"The group performing in the morning was the Magee Bros, from Holyhead with a mix of Welsh, English and Irish songs." 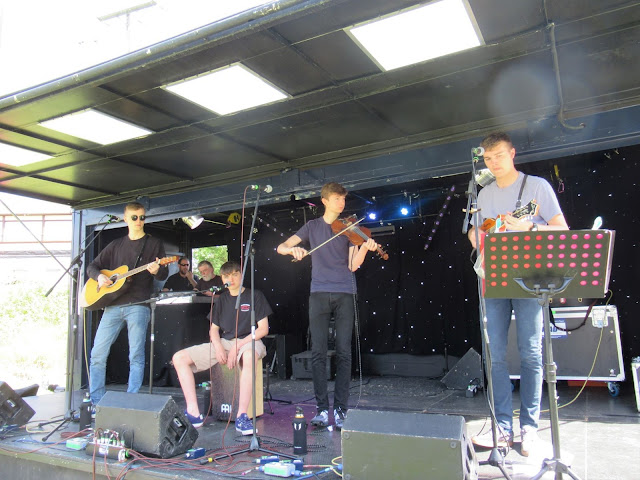 * The Magee Bros on stage at the festival.