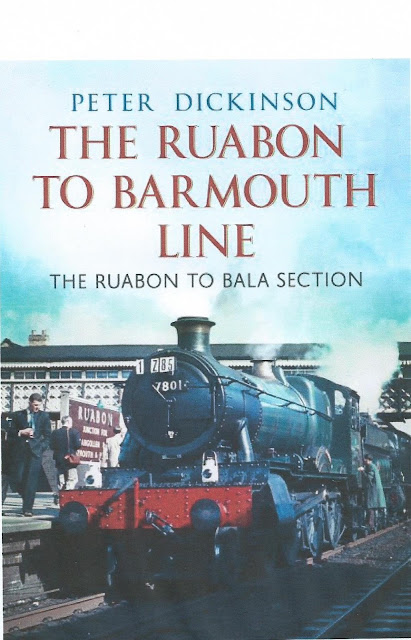 The cross-country Ruabon to Barmouth railway was originally built to fulfil the desire of connecting the town of Llangollen with the rest of the rapidly expanding network.

The local Victorian promoters received the backing of the Great Western Railway (GWR), which had an ambitious plan to reach the Cambrian coast and tap into the slate quarries around Snowdonia.

As time was to prove, the GWR was to be temporarily thwarted by the construction of a branch inland from Barmouth by the rival Cambrian Railway, resulting in an end-on connection between the two railways in the market town of Dolgelly.

The route developed into an important artery across rural Wales, bringing in its wake a revolution in agriculture, industry and daily life. Holiday traffic became big business, tapping into the big conurbations of Liverpool, Manchester and Birmingham.

The route would ultimately succumb to the Beeching axe during the 1960s, but even this did not go to plan following severe flooding a few weeks prior.

A new book, The Ruabon to Barmouth Line, explores the eastern half of the route, encompassing the towns of Ruabon, Llangollen, Corwen and Bala, and a brief introduction to the fundamentals of railway travel. The perfect companion for anyone visiting the preserved Llangollen Railway.

It's the perfect companion for anyone visiting the preserved Llangollen Railway.

Author Peter Dickinson is an active volunteer on the preserved Llangollen Railway and first encountered the line during his geology fieldwork as an undergraduate in 2011.

Since then, extensive research and his volunteering at Berwyn Station has brought him into contact with many who knew and worked on the line. A greater emphasis has been placed on the social impact and characters involved with the line than more traditional railway histories, providing a unique insight into the line's history.

* At 160 pages, the book, priced at £18.99, is illustrated in mono and colour. It can be ordered online at Waterstones and will also be available in the Llangollen Railway shop.
Posted by llanblogger at 6:29 AM