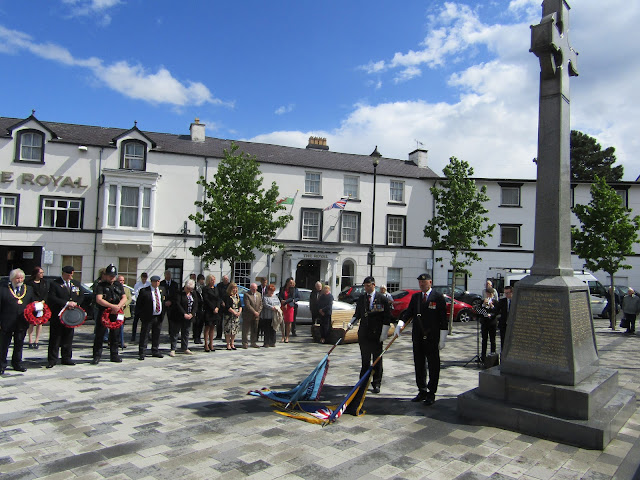 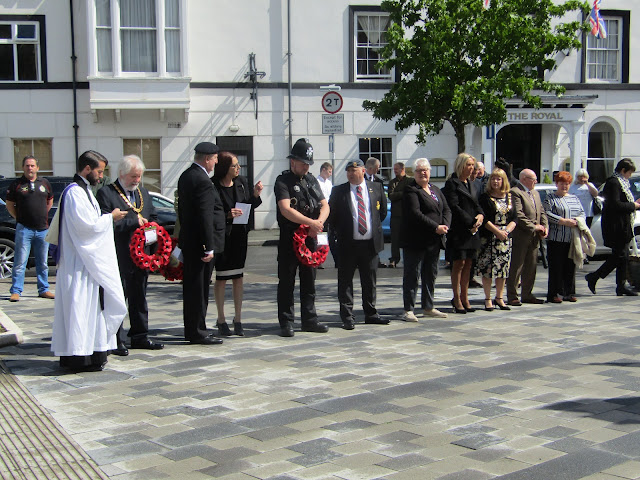 * Town councillors and other officials line up on Centenary Square. 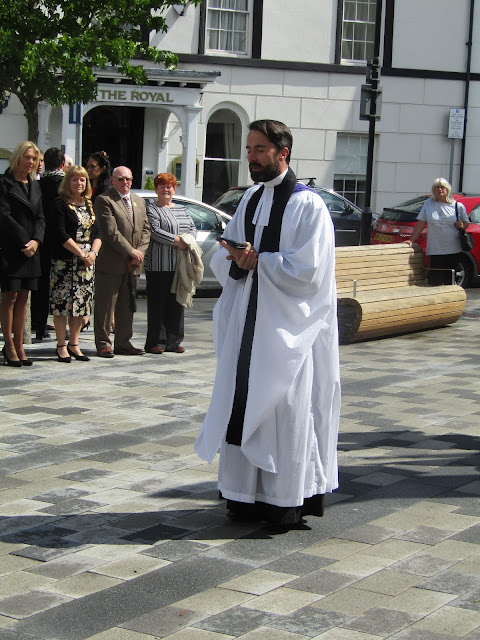 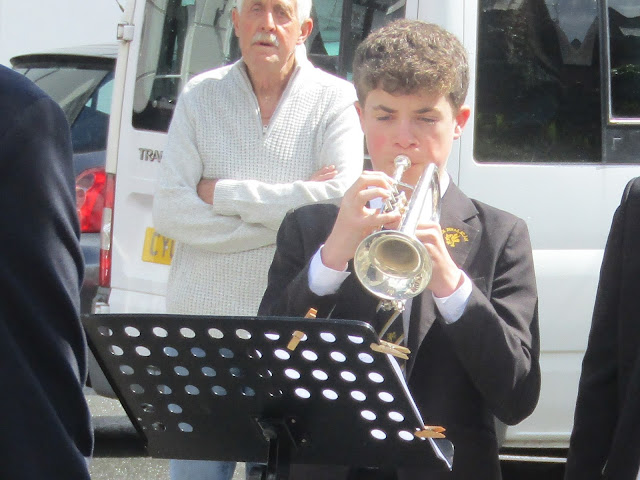 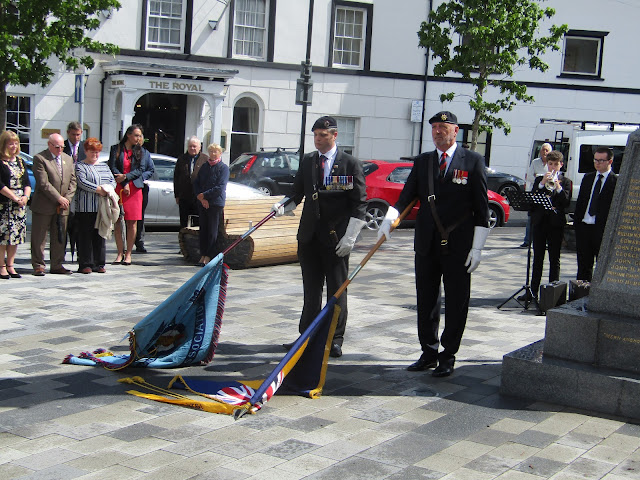 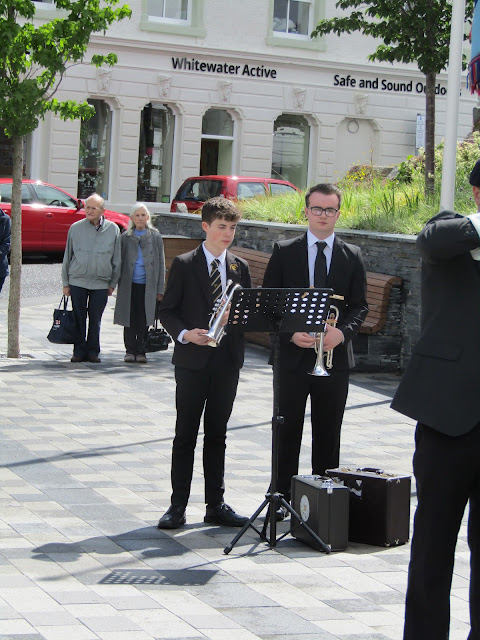 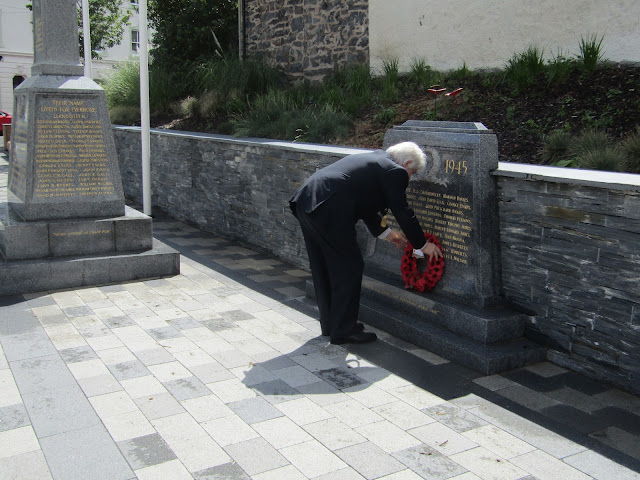 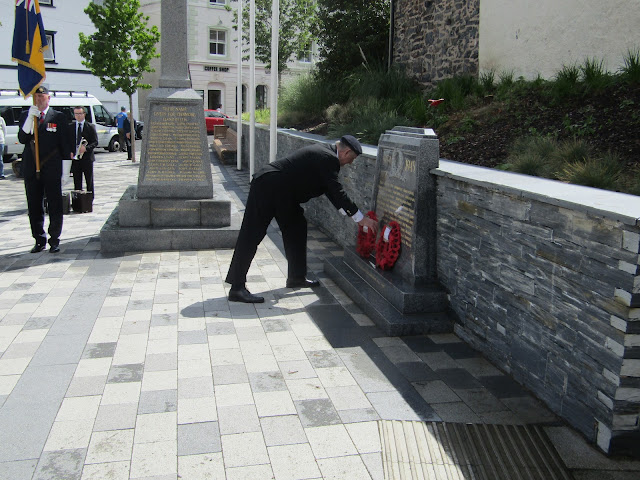 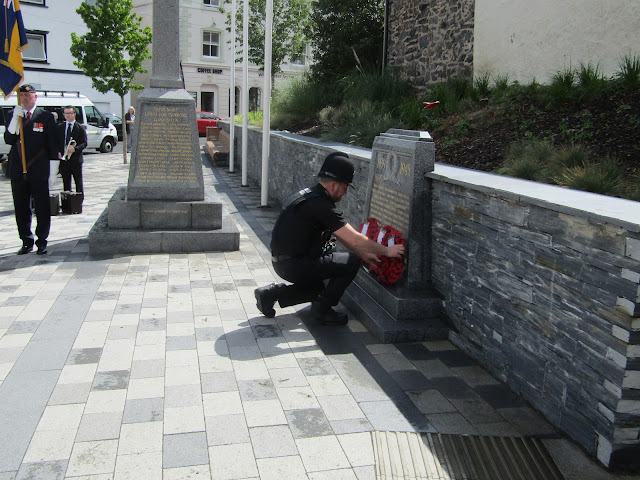 * A representative of North Wales Police lays a wreath. 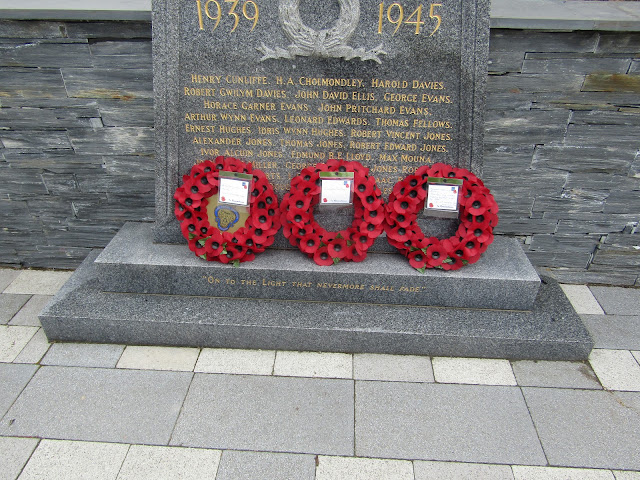 * The wreaths after the ceremony. 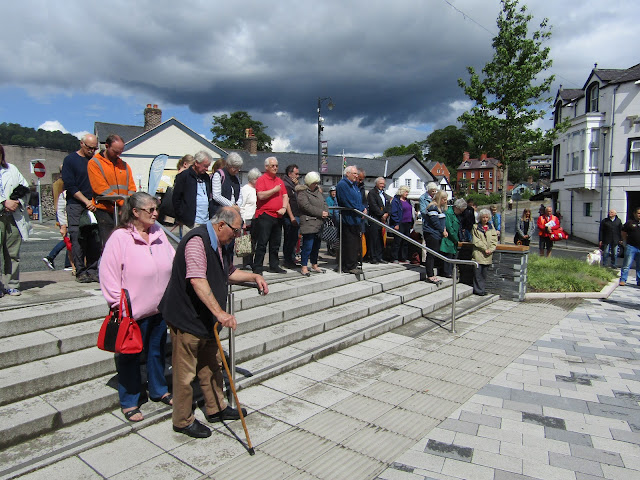 * People watch the ceremony from the edge of the square.

Llangollen branch of the Royal British Legion held a Remembrance ceremony to mark the 75th anniversary of the the D-Day landings in Centenary Square this morning (Thursday).

The standards of the branch and the RAFA Club were on parade and the ceremony included the sounding of Last Post and Reveille, the traditional two minutes' silence and the laying of wreaths on the 1939-45 memorial.

A short service was conducted by Father Lee Taylor of St Collen's Church.

Last Post was sounded by 14-year-old James Reardon, a Year 10 student at Ysgol Dinas Bran, while Reveille was sounded by Ben Thomas, 18, a member of Ifton Colliery Band who also plays occasionally with Llangollen Silver Band.

D-Day, on June 6 1944, was when the Allies launched an invasion across the beaches of Normandy to begin the liberation of Europe from the occupation of Nazi Germany.
Posted by llanblogger at 1:11 PM