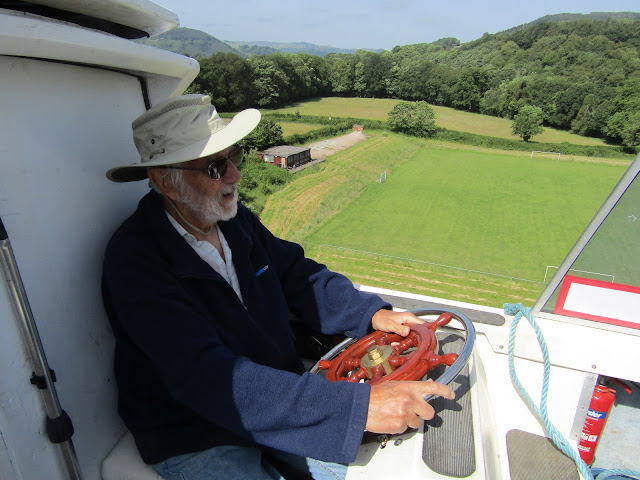 * Phil Thane at the helm of his boat Seren as it passes over the aqueduct. 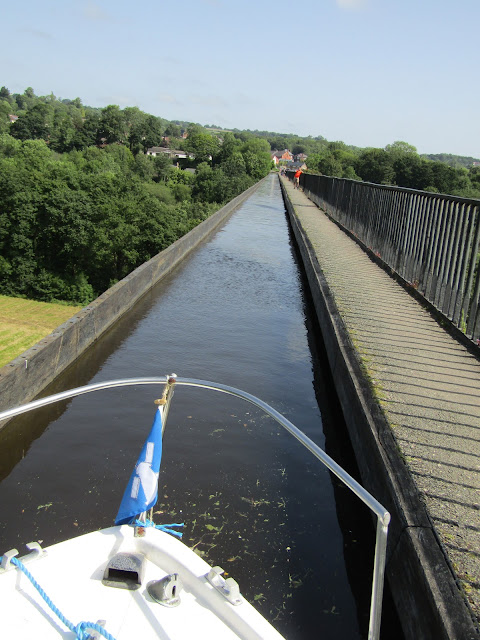 * Looking out across the valley as Seren noses over the aqueduct. 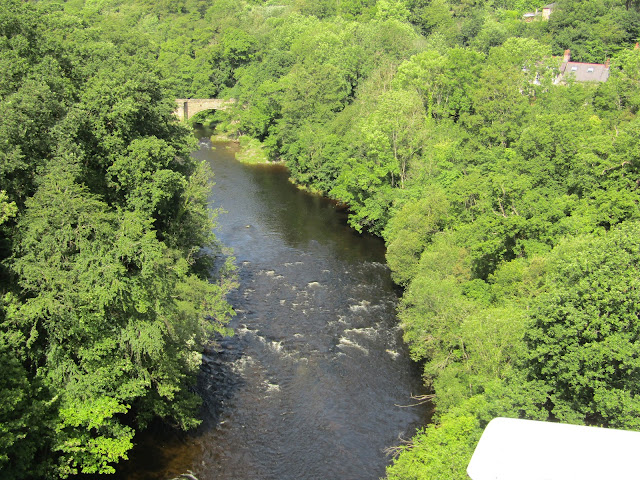 * A panoramic view of the valley. 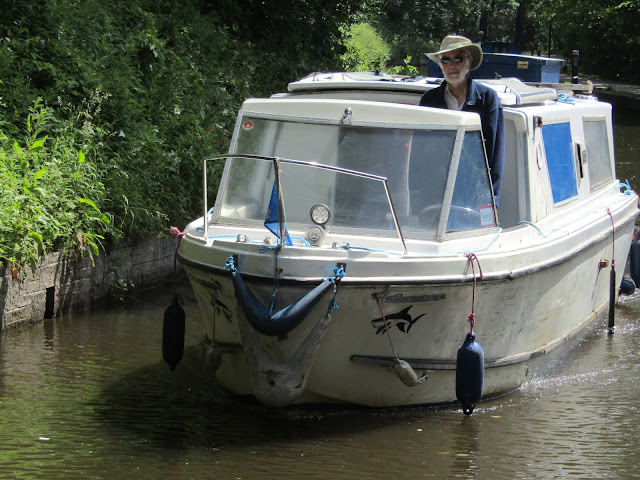 * Phil arrives in Llangollen at the end of his long canal voyage.

A former local town councillor has this afternoon (Friday) arrived safely in Llangollen after a mammoth 25-day trip along the canal network to reach the town in time for the International Eisteddfod.

Phil Thane moved down to Potton in Bedfordshire just over two years ago and has since rebuilt an elderly cabin cruiser named Seren.

Almost a month ago he set off aboard her to reach Llangollen and now, over 300 miles and 230 locks later, he has just berthed in the local marina.

He intends to enjoy daily visits to the eisteddfod before casting off for home in about a week's time - again travelling all those miles and passing through the same locks in the opposite direction.

"It was a very pleasant trip and only rained for most of time," he joked.

"I'm glad to be visiting Llangollen again, a place of which I have many happy memories."

Phil, who is a technical author by trade, has been writing a blog on his solo voyage for the Waterways World magazine.
Posted by llanblogger at 2:04 PM