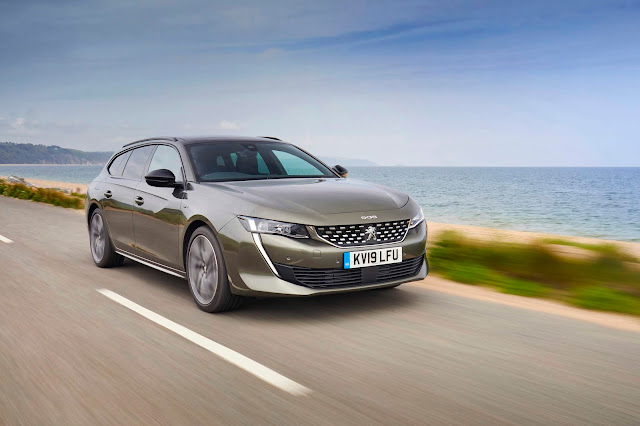 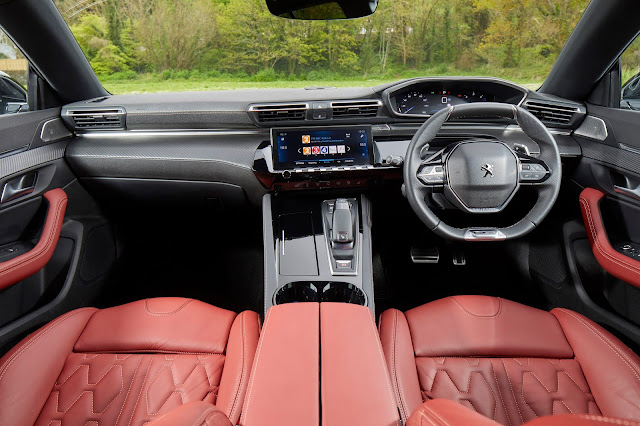 With SUV sales still booming is anyone interested in buying an estate car?

Peugeot hope so because it has just launched the 508SW estate and a mighty good looking car it is too. The French company has a strong pedigree with estates, my favourite was the eighties 505 with its third row of seats, a rarity in those days.

Demand for this size of car is shrinking with most of the sales going to the premium sector but Peugeot is banking on a reasonable hit from fleet and company car people and unlike many rivals believe diesel will account for nearly half of SW sales.

Petrol engines with the eight speed automatic gearbox have a new feature which switches the engine to freewheel when appropriate which Peugeot reckons reduces fuel consumption by around three per cent. A small amount but it all helps. A petrol plug in hybrid will come later in the year.

The 508 Fastback got huge praise from me for its stunning styling and designer Gilles Vidal has made a pretty good fist of the SW. Mirroring the glamorous rear end of the Fastback was never going to happen but this is still the best looking estate on the market.

Although 508SW does not lead the field on boot space - the cavernous Skoda Superb is the runaway leader - it is plenty big enough for most families and can outgun Ford Mondeo and Mazda6 with 530 litres with the back seats in place. The powered tailgate is good and wide, the boot sill one of the lowest in the class, but the biggest bonus is a flat loading area.

On the subject of space the SWs roofline is a tad higher than the swooping Fastback
so there is more back seat headroom, an area where its sister leaves taller passengers brushing the roof lining.

People with young families will appreciate ISOFIX fitting points on the two outer rear seats.
So what else can we look forward to? Apart from looks and strong engines running costs are predicted to be low helped by best in class trade ins, even better than an Audi A4, according to the experts.

Safety also figures highly and now brings in adaptive cruise control with stop and go function. I find this particularly useful on long stretches of motorway roadworks where cruise control can be set at a given limit letting the car do the rest, slowing and accelerating to order.

Of course the big news with Peugeot is still the futuristic i-Cockpit with its central 10-inch touchscreen and 12.3 inch digital head up display ahead of the driver.

We first saw the i-Cockpit layout at the launch of the switch free 308 when it received praise for its styling and criticism for the touchscreen because of the time it took to complete basic tasks like changing a radio station or adjusting the heating.

Peugeot refined i-Cockpit with piano style push keys which quickened the process and added a real touch of style to the otherwise bear centre console.

Does it totally solve the problem? To a degree but the best solution is a rotary dial behind the gearstick already favoured by several companies and I still prefer separate switches for the heating controls.

As for the cabin it is beautifully trimmed and shows how much Peugeot has done to improve quality and rid itself of the ridiculously outdated notion that quality does not matter. It is time that stigma was well and truly parked because Peugeot has spared no expense in creating plush surroundings.

We got a taste of how 508SW might drive with the Fastback and that was a big step up compared to the old model. SW is not set up to compete with a BMW or Audi but it not a car that shies away from taking on twists and turns.

Steering is quick and accurate while the suspension puts it in the middle ground offering a good compromise between comfort and go fast driving.

The 130bhp 1.5 litre diesel gives the best economy while performance is adequate. Anyone wanting extra oomph needs to sample the 2-litre where the 180bhp option is quite spicy.

Both petrol engines are feisty although noisy when pushed and given Peugeot's strength on this front I am surprised there isn't a lower powered petrol entry option.