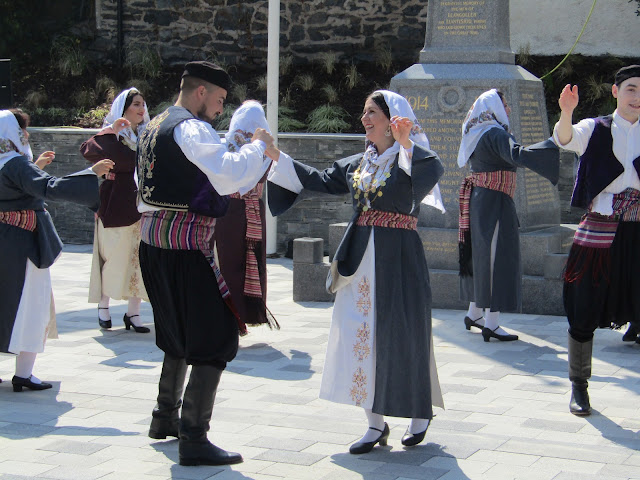 The countdown has begun to the 2019 International Eisteddfod in Llangollen.

Music Director of the festival, Edward-Rhys Harry, said: “We are proud that this year’s festival line-up spans genres and generations, crossing the boundaries of age, culture and creed. There really is something for everyone.”

Tickets can be purchased online at www.llangollen.net.

Returning festival favourite and Vice President of the Eisteddfod, Jools Holland, will entertain the Royal Pavilion audience with his legendary Rhythm and Blues Orchestra on Monday 1st July. The jazz, blues and swing showstopper will launch the 2019 concert series with an unforgettable toe-tapping extravaganza of live music.

One of the music world’s most critically acclaimed tenors, Rolando Villazón will debut his phenomenal voice on the Llangollen stage. Villazón, who is known for his uniquely compelling performances with leading opera houses around the world, will be joined by the magnificent Welsh lyric soprano Rhian Lois for a spectacular evening of operatic greats.

Wednesday 3rd July - Saints and Singers: The Music of Wales

Wales has a world-wide reputation for its choral music, and Wednesday’s evening performance will showcase the Land of Song at its very best, with supreme Welsh vocalists Shân Cothi and Rhodri Prys Jones, accompanied by the British Sinfonietta Orchestra. Audiences will be treated to two rare opportunities: the premiere of a brand new piece for tenor, chorus and orchestra by Dr Edward-Rhys Harry, and the sheer majesty of the incredible cantata ‘Saint Teilo’ by William Mathias CBE. The evening promises to be a tremendously dramatic celebration of traditional music from Wales, bursting with glorious melodies and powerful operatic choruses.

International competitors from all over the world will come together in a vibrant carnival of cultures to showcase the very best from across the globe, as they weave through the audience with their giant flags in a vivacious display of international unity and friendship.
The evening will commemorate the International Eisteddfod’s unique founding values of sharing music, dance, peace and friendship, with the poignant Peace Message and the annual Rotary Peace Award.

Special guests for the evening, multi-award winning band, Jamie Smith’s MABON, will bring their distinctive self-styled sound to get feet tapping with their interpretation of Celtic traditions, refreshingly combining heritage with their contemporary sound.

Hailing from the south of France, the group will bring their energetic set with infectious Latin rhythms to Llangollen for the very first time. Their music is warm, exuberant and hugely popular with trademark hits such as Bamboleo and Volare.

Audiences will be wowed by a heady concoction of rumba, flamenco and salsa combined with contemporary pop music, perfect for anybody who loves to dance.

In a live televised concert, the festival's competitions will reach their exciting climax on Saturday, with the finest choirs from across the globe battling for the highly sought after Choir of the World 2019 title and the prestigious Pavarotti Trophy. Those taking part in the dance categories will participate in the breath-taking Dance Champions of the World 2019 finals, competing for the coveted Lucille Armstrong Dance Award. The evening will include a very special appearance from Royal Harpist, Catrin Finch.

Scottish indie rockers The Fratellis, best known for their worldwide smash Chelsea Dagger, Mistress Mabel and Whistle for the Choir, will headline Llanfest alongside Merseyside music legends The Coral, with their chart-topping tracks Dreaming of You, Pass it On and In the Morning.

Joining the high energy line-up will be Leeds-based indie icons The Pigeon Detectives, with the likes of This is an Emergency, Take Her Back and I Found Out, as well as pop rock trio Dodgy, with nostalgic nineties hits Staying out for the Summer and Good Enough to open the main stage headliners.
Posted by llanblogger at 6:45 AM