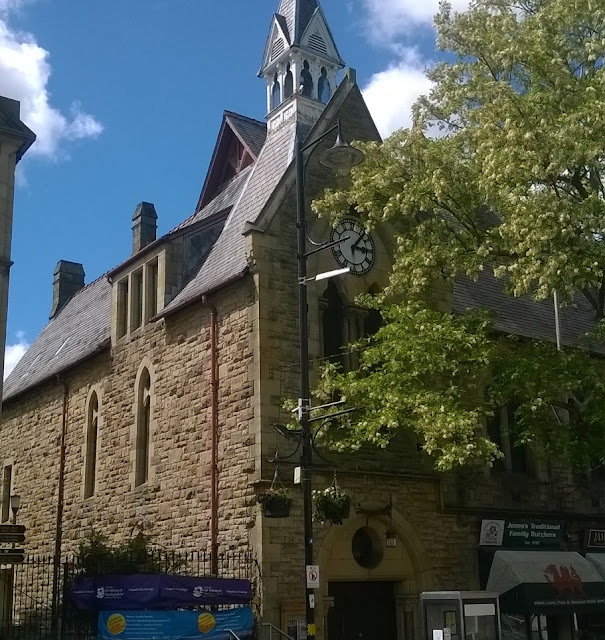 A llanblogger reader recently queried what he understood to be an increase of 38% in the precept element of the local council tax which goes to help finance Llangollen Town Council. Here, Town Clerk Gareth Thomas explains the situation:

Your reader is correct as the precept will increase by 38% but his only equates to an annual increase of £21.37 on each band D property.  The rationale for this increase is detailed below.

In considering the draft budget for 2017/18 the Members of the Finance Working, in liaison with the Town Clerk consider a number of factors.

The Town Council’s financial regulations state that the Council shall consider annual budget proposals in relation to a three year forecast of revenue and capital receipts and payments including recommendations for the use of reserves and sources of funding.

The Good Councillors Guide also suggests that good practice to follow the PBP principle; Policy creates the Budget that determines the Precept. The Working Group therefore embarked on the production of a draft business plan, a statement of the Town Council’s vision for the town, its purpose, values, objectives and key priorities over the next five years.

The Working Group also consider that a well-run authority should have a prudent approach to setting its budget, and in each year it should consider its level of general balances. These general balances will also need to be supported by earmarked reserves for specific needs and commitments. In coming to a view on the adequacy of the Town Council’s reserves, account needs to be taken of the risks facing the Council in terms of any significant unforeseen spending commitments.

Given the Town Council’s commitment to the refurbishment of the Town Hall, with the support of external funding, the working group were of the opinion that the Town Hall reserve needs to be continually strengthened with support for under-spends in the repair and renewal funds.

In addition to ensure that adequate provision is maintained for other assets most notable the chain bridge , then a new repair and renewal fund needed to be established for that purpose, and again under-spends would be transferred to this specific reserve at year end.

In addition to the influences of the above, a number of growth items need to be budgeted for in 2017/18.  The first is the potential cost of an election (£4,000) as a result of the Local Council Elections 2017 and subsequent Member training (£770), the increases in NNDR following the revaluation of the Town Hall (£2100), and the new requirement to contribute to a workplace pension scheme (£550).

One other factor that needed to be considered was how to fund the proposed works to the Royal Gardens and the War Memorial. The estimated sum required by the Town Council would be £48,000 of which £3,000 was available from reserves.   The funding of the remainder could be achieved by either a loan from the Public Works Loan Board or from the revenue budget.

In respect of a loan, the original funds for the purchase of Royal Garden’s ends in December 2016 and therefore the budget line for loan repayments will reduce significantly in 2017/18 a new loan could be applied for but clearly with interest the cost of the loan would be an additional £1,624.

Another option suggested was funding via the precept with other cost centres being withdrawn and the funds would be diverted to support project funding.  It was this option that the Town Council resolved to support and therefore this would place a one off increase of £13.85, in addition to other growth items on the precept, for 2017/18

The breakdown of the cost increases are shown below