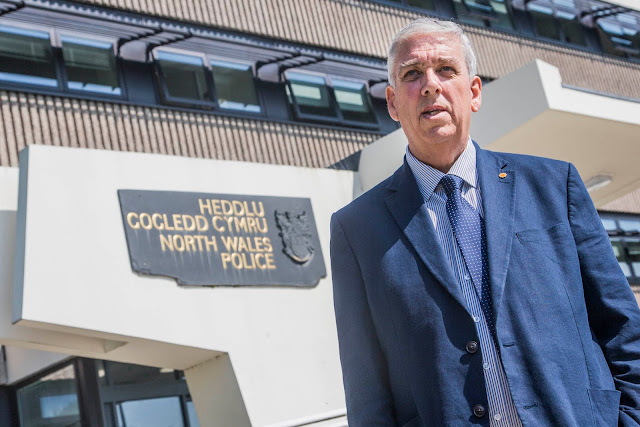 A police boss says the way drug use is treated as a health issue rather a criminal matter in Portugal could also be the way forward in this country.

North Wales Police and Crime Commissioner Arfon Jones has just been on an "inspirational" fact-finding trip to Lisbon where he met the leaders of a number of drug agencies and went out on the streets to speak to addicts.

One of the things he saw was how instead of being put through the criminal justice system the majority of drug users are offered health advice on kicking the habit and also given a sanction which can lead to a small fine if breached.

Mr Jones, a former police inspector, spent four days filming in the Portuguese capital with a TV crew from the BBC Wales current affairs programme Week In Week Out with the costs of the trip being met by the BBC.

And what he learned can be seen in tomorrow (Tuesday, March 14) night’s episode, entitled Cop-out on Drugs, to be screened at 10.40pm on BBC1 Wales.

Mr Jones caused controversy soon after his election as commissioner last year when he called for the decriminalisation of all drugs to be considered.

He argued that if they were legalised it would take drugs out of the control of criminals and allow addicts to have more support.

Describing his “inspirational” trip to Portugal, he said: “We spent four days filming out there and I very much took the lead in doing the interviews.

“My involvement was really a direct result of the problems being experienced by people in the Rhosddu area of Wrexham where drug users’ needles are being found on the streets.

“I first met Brendan Hughes from the European Monitoring Centre for Drugs and Drug Addiction to get his views and then went out onto the streets of a district called Lumiar in Lisbon with a third sector, or voluntary, organisation which distributes clean equipment to problematic drug users and also does some counselling work with them.

“We also accompanied officers of the Portuguese equivalent of our National Crime Agency to a waste incinerator and watched the destruction of three tons of controlled drugs.

“Drugs are still unlawful in Portugal but this showed that decriminalisation doesn’t mean legalisation and that a lot of police resources are being targeted at supply rather than use.

“We then looked at how drug users are actually dealt with. If a police officer stops someone in the street who has cannabis on them if they have less than 10 days’ supply they are referred to what’s called a dissuasion commission which will then decide how to deal with them.

“If they are identified as a non-problematical or recreational user, as is mostly the case with cannabis and with 90 per cent of drug users in most countries, they give them information on the dangers of taking drugs and also a suspended sanction which means no action is taken against them.

“If they come back before the commission they might get a small fine which is basically the same as a speeding fine. It’s not a judicial but an administrative matter and they don’t get a criminal record.

“The five or 10 per cent who are problematical drug users get some sort of therapeutic support.

“We also spoke to Joao Goulao, the doctor who has been the driving force behind this policy and is now in charge of Portugal’s Directorate for Intervention on Addictive Behaviour and Dependency, known as SICAD.”
The commissioner added: “Another visit was made to a detoxification centre called Centro Taipas in one of Lisbon’s main hospitals and I interviewed a young lady who was an addict and asked how she got that way.

“One of the things which impressed me most was a visit I made to a non-government third sector organisation which calls 365 days a year on the 1,200 people in Lisbon who are methadone users.

“It has two vehicles which visit five locations twice a day dispensing heroine substitute. They have a doctor and nurse with them who hand out other prescriptions they might need for blood-borne diseases such as hepatitis.

“Generally, it’s all very joined up and the main difference with us is that it’s a health rather than a criminal approach to drugs.

“They see addiction as a disease not a crime and that is the main message for me from my visit.

“There are far more important things the police can be dealing with.

“I liked what I saw and I think it’s the way forward if the political will is there to change things around.

“It was definitely a very interesting visit and I was inspired by what I saw, although I’m equally inspired by the commitment people here show in dealing with drugs problems.”
Gareth Jones, producer of Week In Week Out, said: “We put the commissioner's views to the test and I think it should make fascinating viewing, particularly in Wrexham where people are talking about drug users and needles on the streets. It’s very timely.”