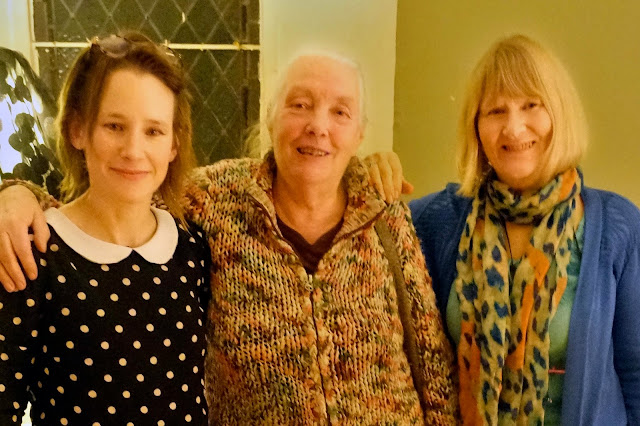 New Dot Cinema Llangollen was joined by members of the Llangollen Refugee Support Network at its latest screening.

The film was a  heartwarming French comedy called 'Le Havre' about a young refugee boy.

To complement the film, Jan Wallis from the Support Network talked briefly about the work they do.

They are currently supporting a Syrian family in the local area.

New Dot secretary Jen Sandiford said: "It's great to hear that local people are so warm and welcoming to those in need. We're pleased to be able to help raise awareness of their good work."

The film was very well received with positive comments heard when the lights came up.

Thanks to the continued attendance of it's loyal audience, New Dot was able to make a donation of £50 to the network.

New Dot screens monthly in Llangollen Town Hall. The next film is a dark sci-fi starring Scarlett Johansson, called Under the Skin on Friday April 7.