Cinema history in the frame at Hand antiques fair 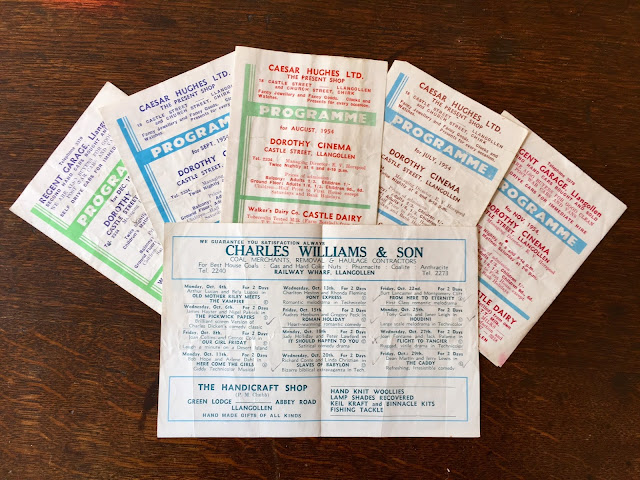 * Some of the items on offer at Sunday's antique fair at the Hand Hotel.

A slice of Llangollen social history will be among the items on offer at the town’s new antiques fair, taking place at the Hand Hotel this Sunday (March 26).

Film enthusiasts might also be interested in the collection which relates to the old Dorothy Cinema in Llangollen.

The Dorothy Cinema opened on Castle Street in 1931 and operated until 1965.

The collection to be sold at Sunday’s fair comprises programmes from the Dorothy, dating from the 1950s.


The programmes advertise showings of films such as ‘A Girl in Every Port’, starring Groucho Marx and William Bendix, and ‘Prisoner of Zenda, with Stewart Granger and Deborah Kerr.

Fair organiser Robert Bellis said: “We’ll have a wide variety of interesting antiques and collectables on offer but for a local history, or indeed a film memorabilia collector, these should be of particular interest.

“They date from the 1950s which, I suppose, was the latter heyday of the local cinema when everybody would get dressed up and congregate to watch the latest Hollywood blockbuster.

“The Dorothy was where the café and large second hand bookshop are on Castle Street today.

“In fact, you can still see, quite clearly, the evidence of the building’s days as a cinema upstairs in the bookshop.

“People in Llangollen still speak fondly of The Dorothy and, in fact, the name has been resurrected in the New Dot cinema nights which are now regularly held in the town hall.”

The antiques fair takes place at The Hand Hotel in Llangollen, this Sunday, March 26, from 9.30am until 3.30pm.

Refreshments will be available and admission to the fair is 50p per person.

Parking at the hotel is limited so patrons are asked to use nearby public car parks when appropriate.
Posted by llanblogger at 6:34 AM