This was the call from Cllr Arwel Roberts, Plaid Cymru group leader on the county council, after a new housing development in Llangollen saw its first house go up for sale at £390,000.

The development of 90 houses on Vicarage Road has been a bone of contention in Llangollen for several years. 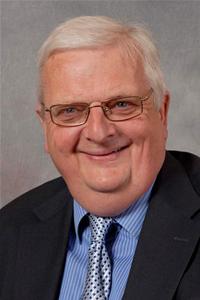 The development was given the go ahead late last year but, even though many councillors and campaigners called for a greater number of affordable housing, the amount of homes deemed “affordable” was limited to 10%.

The first plot of land is Plot 1, a five bedroom detached family home, and has been put on the market for £390,000.

Cllr Roberts (pictured) said: “We have consistently called for more affordable housing not only in Llangollen but throughout Denbighshire.

"We don’t want to stop development, but we would like to see development that is sensitive to the local community, and which meets demand instead of creating a demand.

“Rightmove notes that the vast majority of houses bought in Llangollen last year were terraced houses, and the average price was £128,000.

"Furthermore the average weekly household income for the Llangollen area is £500 a week. As a consequence it’s clear that there is little local demand for such expensive executive homes.

"There are families in Llangollen crying out for affordable family homes, but they are being priced out of the market.

“We spoke up to increase the number of affordable homes, but were frustrated by the council’s inability to do this.

"This is why we are saying that Denbighshire Council should start building council houses once again. The council is here to serve the people and they are demanding good-quality affordable housing. We should respect that and look at what we as a council can do.”
Posted by llanblogger at 6:37 AM