Search for youngster to sing alongside Sir Bryn Terfel

A search has been launched to find a talented young singer for a once-in-a-lifetime chance to perform with Sir Bryn Terfel and two other global opera stars.

The renowned bass baritone (pictured) will be starring with Lithuanian tenor Kristian Benedikt and Latvian soprano Kristine Opolais in the classic opera, Tosca, at Llangollen International Musical Eisteddfod this summer. 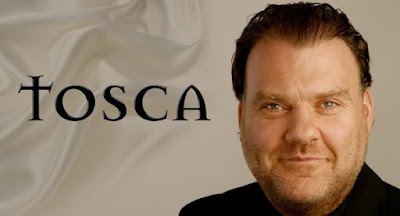 The concert on Tuesday, July 4, is being sponsored by the arts-loving care organisation Pendine Park and will help celebrate the festival's 70th anniversary.

Organisers are now looking for talented boy sopranos or trebles to audition for the opportunity to join the world class cast in the role of the Shepherd Boy.

Open auditions will be held for the young hopefuls at the Llangollen International Pavilion on Saturday, April 15.

The candidates will be asked to perform two pieces, “I give you sighs” from the third act of Tosca and one of their own choosing.

The concert will be one of the highlights of what organisers promise will be a festival packed with high quality entertainment, including jazz singer Gregory Porter and Welsh rock legends, the Manic Street Preachers.

Later in the week on Thursday, July 6, Sir Bryn and Pendine Park will be joining forces again as sponsors of the Voice of the Future Competition to find the world's best young singers when the finalists will be competing for the Pendine Trophy and a cheque for £6,000.

But first comes Tosca which is a dramatic love story set against a backdrop of lust, political intrigue and murder.

The opera tells the tragic story of singer Floria Tosca, played by Kristine Opolais, and her fight to save her lover. Benedikt takes the role of her lover, Cavaradossi who is fleeing from Sir Bryn’s sadistic police chief, Scarpia.

The acclaimed Welsh National Opera Orchestra conducted by Gareth Jones will accompany them.

The festival's musical director, Eilir Owen Griffiths, said: “Building on the success of Carmen and Sweeney Todd, this is another adventurous project for the Eisteddfod to undertake. Under the direction of Amy Lane the production will include stunning video work and subtle staging to bring this wonderful opera to Llangollen.

“By combining the excellence and expertise of Welsh and international talent, the Llangollen International Musical Eisteddfod is bringing opera to a much wider and diverse audience.

"We are grateful to Pendine Park for sponsoring the Tosca concert and for their generous support for the Voice of the Future competition later in the week.

"This shows how Pendine’s support helps bring both existing world class opera performers to the Llangollen  stage but also acts as a platform for launching the careers of the stars of tomorrow."

Pendine Park proprietor Mario Kreft MBE said: “We are delighted to be sponsoring this performance of Tosca, which I am sure will be a magical experience, given the stellar array of operatic talent.

“The festival is particularly close to our hearts. Music and the arts are an important part of our enrichment programme and we genuinely believe that they improve the quality of life of our residents at our Wrexham and Caernarfon care homes.

“It's promising to be a truly unforgettable evening of world class opera, right on our doorstep here in North Wales and starring our very own Sir Bryn Terfel. It's going to be a very special night and one not to be missed."

For more information about the Llangollen International Musical Eisteddfod and to book tickets go to  www.international-eisteddfod.co.uk