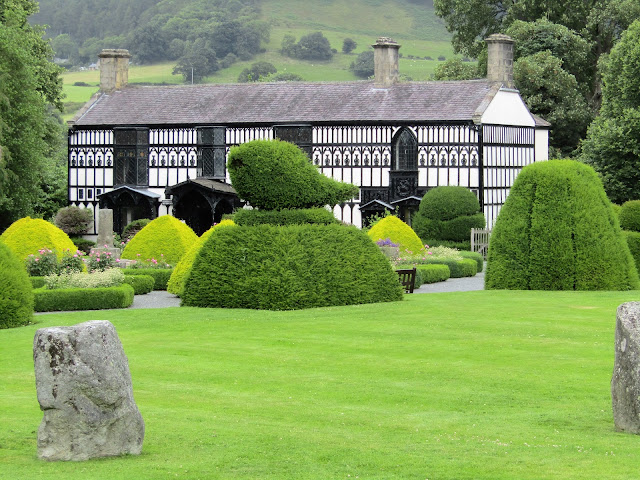 * Plas Newydd opens for the new season on April 1.

Three of Denbighshire’s popular heritage attractions are gearing up to open their doors for the 2017 season.

Plas Newydd in Llangollen, Ruthin Gaol and Nantclwyd  y Dre in Ruthin will open to the public from April 1 and have a number of exciting family-friendly events lined up over the coming months.

Ruthin Gaol and Nantclwyd y Dre have retained the Visit Wales Hidden Gem Award  for the second year running and Ruthin Gaol and Plas Newydd also got the thumbs up from TripAdvisor users, having achieved a  Certificate of Excellence following a host of positive reviews from visitors in 2016.

Final preparations are now underway to ensure the venues are looking their best for the season opening.

Denbighshire’s Heritage Service says it would like to thank all the volunteers, including pupils from Ysgol Tir Morfa in Rhyl, who have helped tend the gardens at Nantclwyd y Dre and Plas Newydd throughout the winter months.

First event of the year will take place at Plas Newydd this Saturday March 18.

The pre-season Primrose walk around the grounds with the gardener costs £3 and includes a primrose to take home.

Nantclwyd y Dre will host its first event a Beastly Bug Hunt for all the family on Monday May 8.

Ruthin Gaol hosts Captured on Camera on Thursday June 1 where visitors will have the opportunity to create their own ‘WANTED’ poster.

In the run-up to the opening in April and to celebrate Year of Legends in Wales, the gaol is sharing stories of some of its most colourful characters via an online blog at www.ruthingaolblog.wordpress.com.

* More information about the venues and forthcoming events can be found at: