Llangollen Railway steams back to 1957 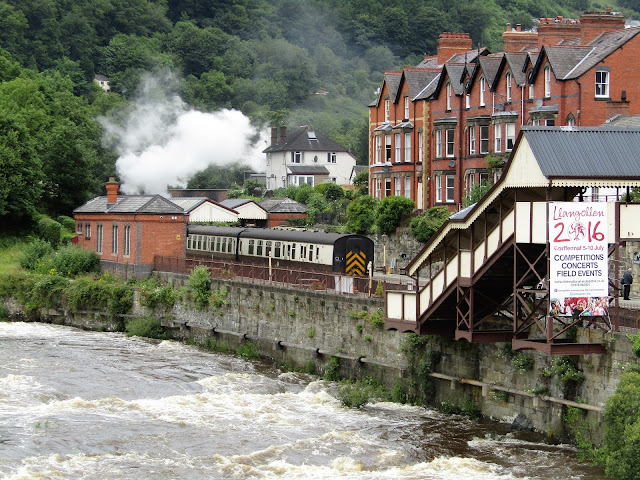 * In May Llangollen Station will go back to eisteddfod week in 1957.

Llangollen Railway will soon be turning back the clock to the golden days of Eisteddfod Week in 1957.


During its Victorian Weekend on May 13 and 14 when it will be recreating how things were on the railway more than a century ago, the heritage organisation also has a second time-travelling event planned.


It is taking visitors back half a century to the late 1950s when the platforms were alive with people coming to and from the town’s world-famous international eisteddfod.


Event organiser Peter Dickinson said: “The key concept of the Victorian Weekend is based around a perceived time-travelling experience from the present day back to the 19th century, so that each section of the journey brings new experiences, opportunities or attractions for our visitors.


“Walking down the station ramp at Llangollen, the initial stage involves a fictional 60-year change from 2017 back to 1957.


“The next 60-year gap back to Queen Victoria's Diamond Jubilee year of 1897 is achieved by boarding a steam-hauled train from Llangollen to the next station at Berwyn.”


“Back then, huge crowds of visitors and competitors would have arrived at Llangollen station by train bound for the Eisteddfod.


“The station staff went out of their way to decorate the station in preparation for the event, with bunting and flags adorning the station platforms. It was known for performances to be made on the platform intermittently, as passengers waited for their train to arrive or as new competitors arrived.


“I have already received support from the Llangollen Motor Museum, who have committed to providing suitable 1957 vintage vehicles for display on the station ramp.


“Likewise, the Llangollen Male Voice Choir have agreed to perform on the platform at regular intervals on the Saturday, with the station being resplendent in bunting and flags once more to recreate the 1957 Eisteddfod Week.”


* Further details on the Victorian Weekend can be found at: http://www.llangollen-railway.co.uk/event/victorian-weekend-14th-may-2/
Posted by llanblogger at 7:08 AM