Merseyside Police are appealing for help in tracing the whereabouts of a man seen in Llangollen last Sunday.

Russell Beck, 51, from Port Sunlight, was last seen on Boundary Road in that area at around 8am on Thursday 14 July. 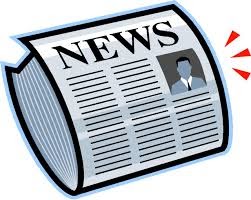 There was also a confirmed sighting at 10am on Sunday 17 July in the Wynnstay hotel, in Llangollen, say officers.

Mr Beck is described as a white male, 5ft 10in tall, of medium build, with short grey hair, grey eyes and glasses.

When last seen on 14 July he was wearing a khaki jacket and light coloured trousers.

Mr Beck is known to frequent pubs in the New Ferry and Port Sunlight areas as well as North Wales.

Anyone who has seen Mr Beck or has any information about his whereabouts is asked to contact Merseyside Police on 101 (quoting log 772 of 16/7/16) or the Missing People charity on 116 000 or 116000@missingpeople.org.uk
Posted by llanblogger at 3:53 PM