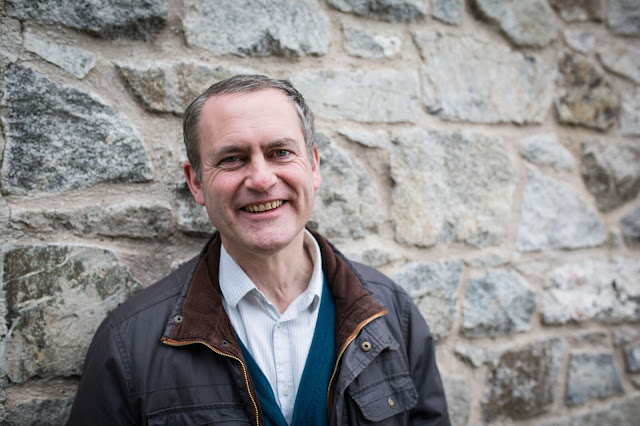 Ifor ap Glyn, the new National Poet of Wales, will visit Llangollen Library next week to give a talk as part of the Llangollen Fringe Festival.

In his talk titled “‘Poetry is what gets lost in translation’ Right? Wrong!”,  he will explore the role of the poet in today's Wales and the importance (and occasional perils) of translation.

The presentation in English will include the reading of some poems with translation.

Ifor ap Glyn was born in London. He has twice won the crown at the National Eisteddfod and recently succeeded Gillian Clarke as National Poet of Wales.

He has just published his first novel, about growing up in London 'Tra Bo Dau' (While there are two). He lives in Caernarfon and works as a television producer and presenter.

The evening will be on Monday July 18th at 7.30pm in Llangollen Library, Castle Street, Llangollen LL20 8NU.

Tickets are £5 and available from Llangollen Library on 01978 869600. The event is supported by Literature Wales.
Posted by llanblogger at 2:21 PM