It's all aboard for the Orange Blossom Special 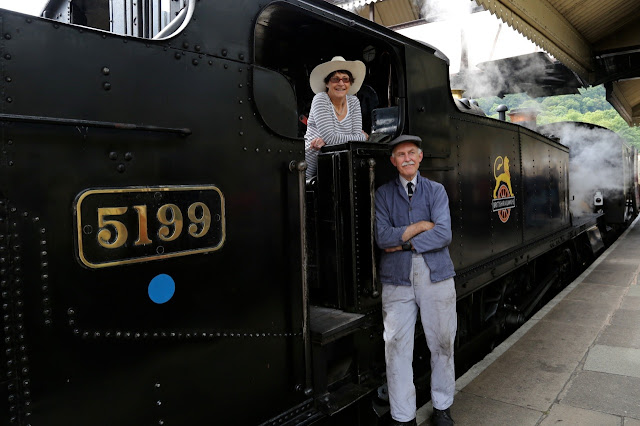 There's music on the platform before departure and on return to Llangollen from Darren Eedens and a band and also on the train each way and on the station platform at Carrog.

All travellers receive a complimentary glass of wine.
Last year saw the first appearance of a newly renovated coach incorporating a dance floor and bar. It is hoped that the same carriage will form part of the train this year.
Posted by llanblogger at 8:00 AM