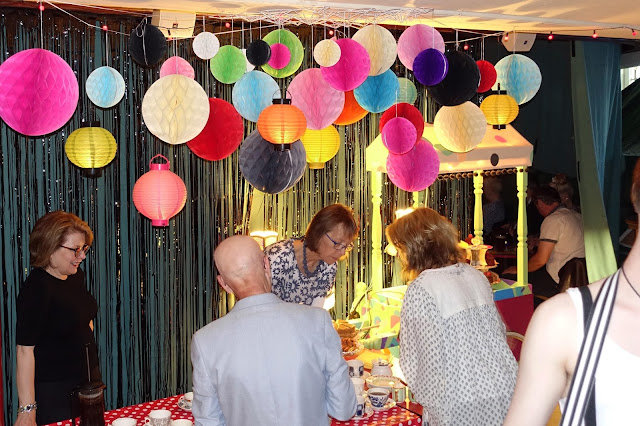 * Audience members select their cakes before the show. 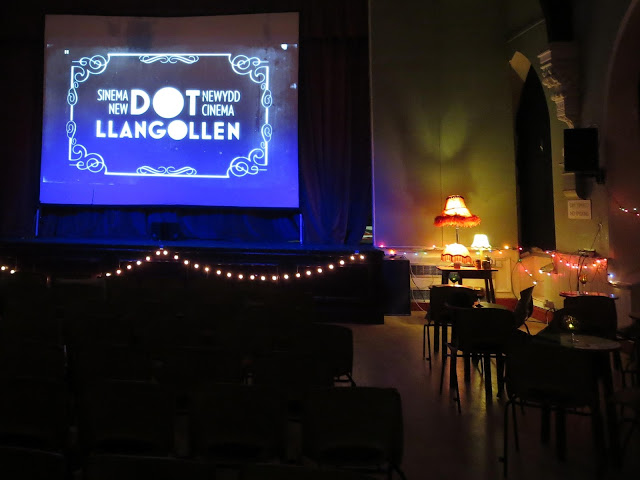 * The Town Hall stylishly decorated for the evening. 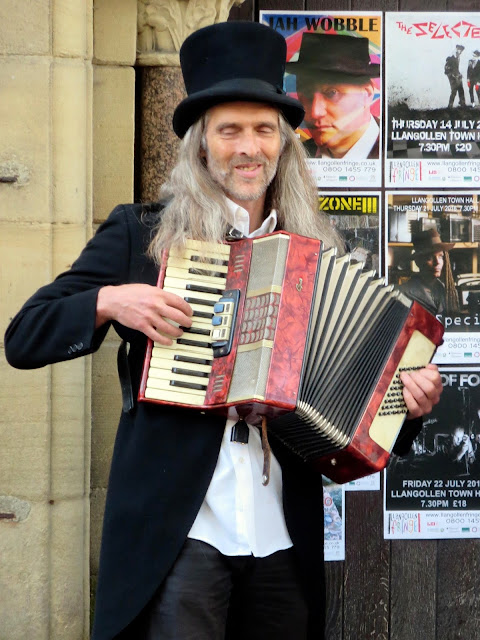 * Accordionist Dave Greenald sets the tone outside the Town Hall. 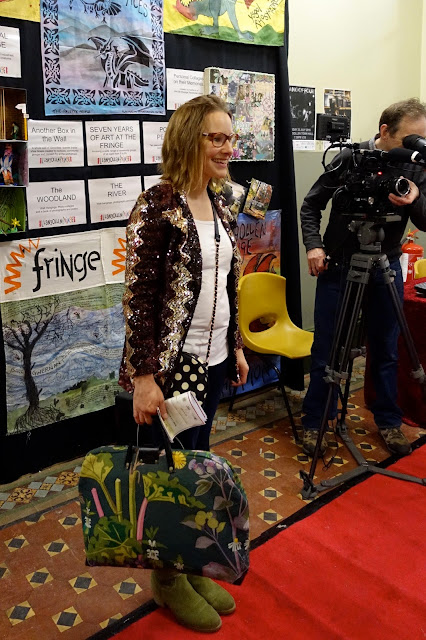 * Founder and chair of New Dot Cinema
Jen Sandiford arrives for the show. 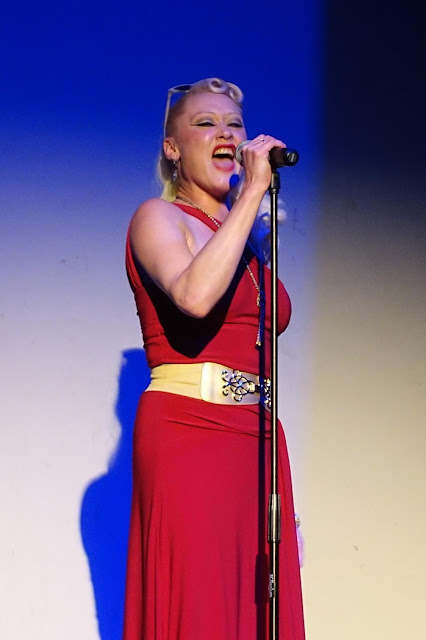 * Glamorous vocalist Betzy Jean rounds
off the evening with a song.

For last year's Fringe Festival, New Dot Cinema partied like it was the 1920s.

This year, there was a stylish 1930's themed evening based around the film, Cabaret.

The evening drew a healthy crowd of locals and visitors, many of whom took the opportunity to dress-up for the occasion.

Outside the entrance, accordion player Dave Greenald played traditional European music in top hat and tailcoat whilst, inside, a party atmosphere was created by the New Dot team, who decorated the hall with foil curtains and tissue paper pom-poms.

German coffee cake and heavenly florentines were found on the refreshment table, served on vintage crockery.

After the Mayor of Llangollen, Cllr Mike Adams said a few words, the audience was treated to some entertaining film footage from the 1930s.

They then settled down to enjoy the classic musical Cabaret which won eight Oscars and was in turns entertaining, exciting and dark.

It received an enthusiastic round of applause from the appreciative audience.

Finally, the evening was topped off with a live performance by glamorous vocalist Betzy Jean.

Having recently invested in a new mirror ball for the Town Hall, New Dot was able to turn it on for Betzy Jean and it cast magical beams of lights over the crowd.

Founder and chair of New Dot Cinema Jen Sandiford recently announced that she'll be stepping down to spend more time with her family.

"It's been an exciting and satisfying role and I'm really pleased with what we've achieved in the last twelve months," she said.

"I very much hope that others are inspired to get involved and keep New Dot going from strength to strength.

"Llangollen deserves a cinema showing interesting films and I'm especially proud that we've managed to attract a BFI-funded projector to the Town Hall in our first year."

She added: "I'd like to say a particular thanks to co-founder, Simon Proffitt, without whose creative curation and hard work, the cinema nights wouldn't be nearly as successful.

"Also, a big thank-you to all the volunteers that have stepped up to power the cinema. And finally,
thank-you to everyone who bought a ticket and came along to support the first 12 months of New Dot Cinema Llangollen."