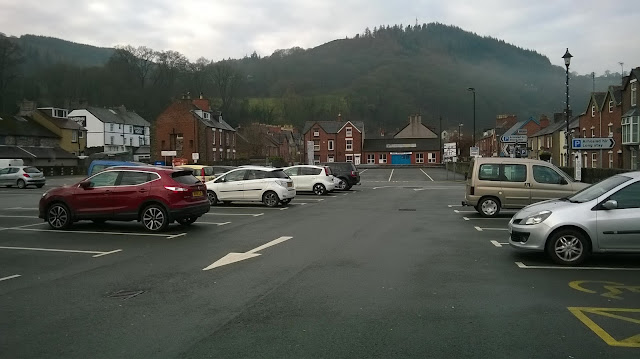 * Market Street car park is to get 15 extra spaces.

Llangollen county councillor Stuart Davies has welcomed news that 15 extra spaces are to be created at the town’s Market Street car park.


He has been told to by county officers that nine will be added by marking out in the area where the recycling bins were previously stored, on the easterly end of the longest double bank of spaces and the removal of the redundant kerbed island near the back or southerly end of the car park.
Another six spaces will be created in the area occupied by the garages which have now been demolished.


The officers said that the council is awaiting an exact date from the contractor but was hopeful the work should take place within the next few weeks.
Cllr Davies said: ““I have been pushing for these car park spaces for the last three years and am pleased to see that the works at Market St car park are finally coming to a satisfactory conclusion.


“This will give, in total, an extra 15 much needed spaces in the middle of town.”
Posted by llanblogger at 6:44 AM