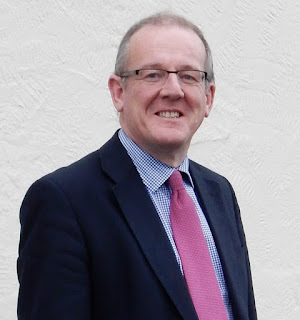 Aled Roberts (pictured), who was first elected in 2011, says he believes that North Wales is often neglected by politicians based in Cardiff.
He has campaigned against a 10% increase in Assembly Members’ pay and against fracking.


He has also championed a better-run health service and more investment in North Wales roads and rail, private and public transport.
Before becoming an AM he was Leader of Wrexham Council for six years and a Ponciau councillor for 20 years.


Born and brought up in Rhosllannerchrugog and educated in Wrexham, Mr Roberts gained a law degree from Aberystwyth and initially worked as a solicitor.
In the Assembly he is Shadow Education Minister for the Lib Dems and also speaks on Welsh Language and Older People’s issues for the Party.


He is a leading member of the Assembly’s Public Accounts and Children and Young People Committees.
Victor Babu is a surgeon working in Ysbyty Glan Clwyd and lives with his family in Colwyn Bay.


Sarah Lesiter-Burgess is a mother of three children and a community councillor in Glan Conwy where she lives with her family.
Rob Walsh is a county councillor in Wrexham who last year he won a spectacular victory for the Liberal Democrats in a by-election to become member for the ward of Llay.


Aled Roberts said: “The Welsh Liberal Democrats have a strong record of delivery for the people of North Wales.
“The choice for the fourth seat in North Wales is clear: do you want a hard-working Welsh Lib Dem AM fighting for North Wales with a proven track record, or UKIP who have no record for campaigning in North Wales outside election times. You may have forgotten that they have one Member of the European Parliament who is supposed to represent Wales, but we rarely hear from him.

“I’ve spoken to traditional Plaid, Labour and Conservative voters on the doorsteps over the past few months who are lending their second regional list votes to the Welsh Lib Dems to stop UKIP. I’d urge anyone who utterly opposes their views to do the same.”

Posted by llanblogger at 1:39 PM