A North Wales politician has called on the Tory UK Government to treat the region as a colleague of the North West, not as a competitor.
Ken Skates (pictured), the Labour Assembly Member for Clwyd South, said his party is urging Prime Minister David Cameron to support projects which would boost the economy of both the North West and North Wales, not pit them against each other. 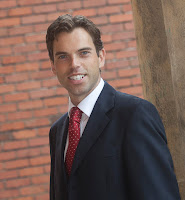 Mr Skates’s comments came on the eve of today’s cross-party North Wales Rail Summit in Llandudno, which was organised by the North Wales Economic Ambitions Board.
He said: “I welcome these talks and I ’m delighted that the Welsh Labour Government initiated this cross-party, cross-border summit to discuss transport issues affecting both regions.
“We want to see a more integrated transport network that would benefit both sides of Offa’s Dyke. There is huge potential in driving forward an agenda that links the strengths of North Wales and the North West of England to create a world-class economic powerhouse.”
Labour has launched a petition calling on Mr Cameron to ensure North Wales is fully linked to the proposed Northern Powerhouse, and the party’s AMs and MPs from the region this week issued a joint statement in which they said: “Without North Wales, the Northern Powerhouse will never reach its true potential.”
Welsh Labour’s First Minister Carwyn Jones recently unveiled his party’s vision at a meeting of the influential group Wrexham Business Professionals, saying: “North East Wales needs a solution that connects to Liverpool and Manchester and reflects economic realities, not the invisible political and geographical boundaries.”
Mr Skates added this week: “The UK Government should be seeing us as potential colleagues in this, not as competitors. North Wales has got a phenomenal amount to offer this partnership, so I hope we’ll be listened to.”
Stressing the need for cross-border cooperation, the statement – which Mr Skates has signed– continues: “We understand the importance of working with the North West of England to ensure that North Wales prospers . Our links with North West are crucial to the economy.

“Tory plans for EVEL (English Votes for English Laws) undermine the potential success of North Wales by limiting the ability of North Wales and the North West to work together. Why have competition, when you can have co-operation?

“The Welsh Labour Government is already showing the lead on this, and as Welsh Labour politicians we stand ready to work with the UK Government and with the North West of England in the interests of our communities. Working together for North Wales to be a real part of the Northern Powerhouse and deliver integrated bus and rail services that will secure job opportunities for our communities.

“But, to make this work, we need real commitments from the Prime Minister. We have heard what the UK Government want to do for the North West of England – it is time they stepped up to the plate on the issues that matter to North Wales.”
The statement is also signed by AMs Lesley Griffiths (Wrexham), Ann Jones (Vale of Clwyd), Sandy Mewies (Delyn) and Carl Sargeant (Alyn and Deeside), as well as MPs David Hanson (Delyn), Susan Elan Jones (Clwyd South); Ian Lucas (Wrexham), Albert Owen (Anglesey) and Mark Tami (Alyn and Deeside).
Posted by llanblogger at 9:54 AM