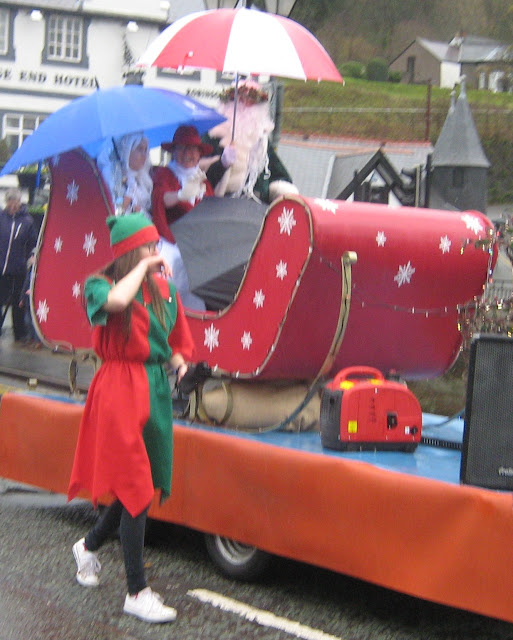 * Sion Corn arrives in town aboard a float.


HEAVY rain which fell throughout today (Saturday) failed to dampen the seasonal spirit of Llangollen’s annual Christmas Festival.
Hundreds of people joined in the festive fun as they watched events ranging across Castle Street, Oak Street and in the Town Hall.
The day began with the traditional parade which heralded the arrival of Sion Corn, the Welsh Santa, and included vintage cars, a magnificently bedecked heavy horse, a helicopter for the children’s rides and a fire engine from the local station.
Entertainment was provided by performers including a saxophone player, Llangollen Silver Band and Llangollen Male Voice Choir.
There were seasonal stalls along Oak Street while a Christmas fair was staged in the Town Hall.
Scores of youngsters lined up for the chance for a pre-Christmas meeting with Sion Corn in his grotto, which was also in the Town Hall along with children’s games.
The switching on of the town’s more extensive Christmas lights was the prelude to a firework display which ended the day with a bang.
Proceeds from the event will once again be donated to Air Ambulance Wales.

* Town crier, "Chem", leads the parade
over the bridge. 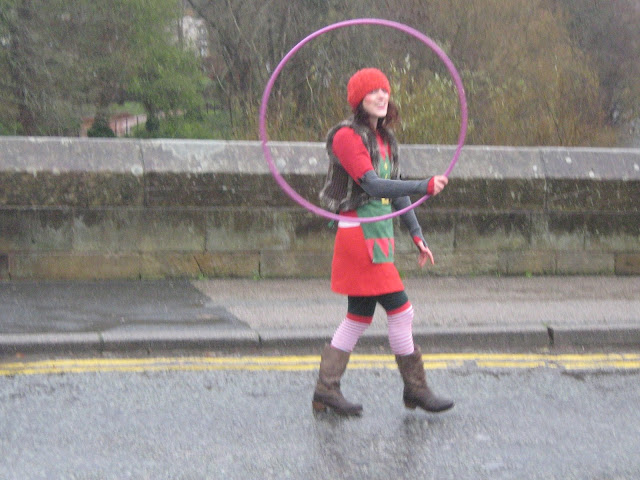 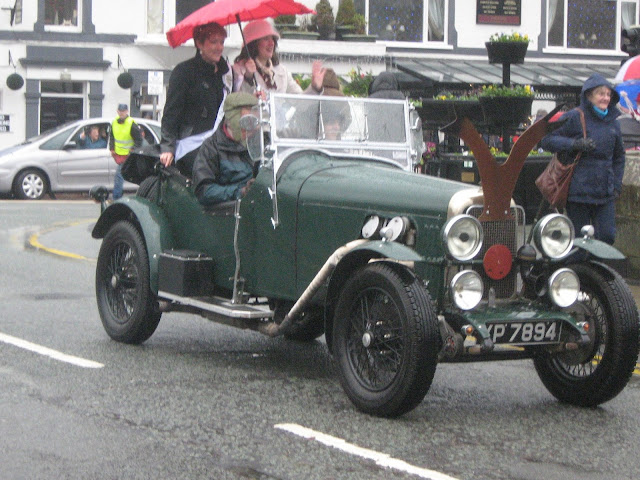 * A vintage car motors in. 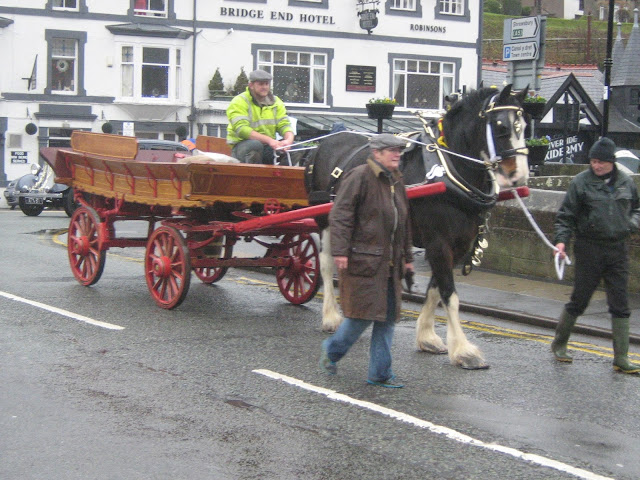 * A magnificent heavy horse hauls a cart into town. 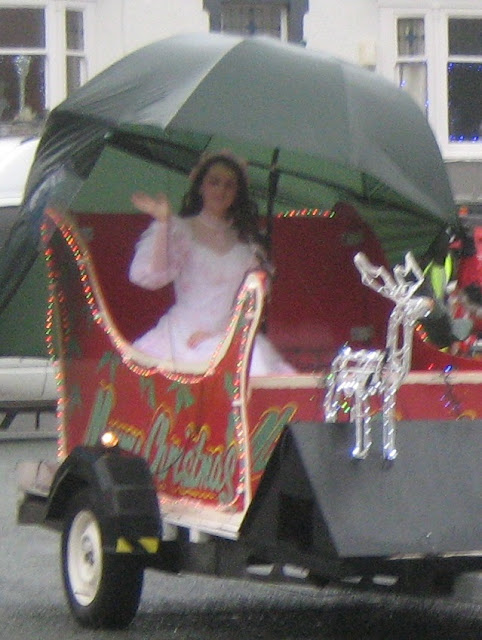 * Waves for the crowd from a princess. 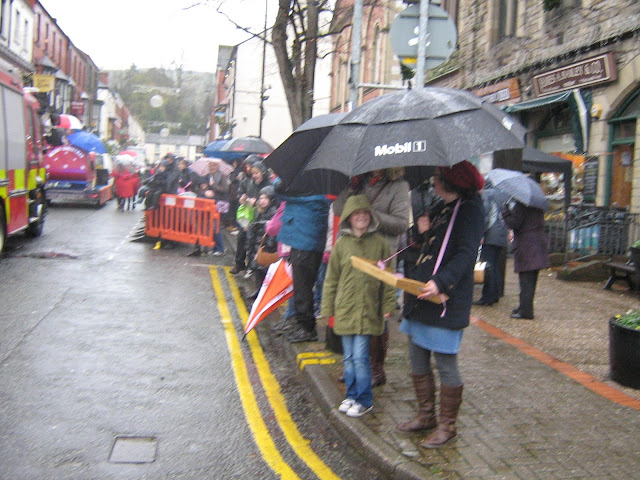 * People in Castle Street watch the parade go by. 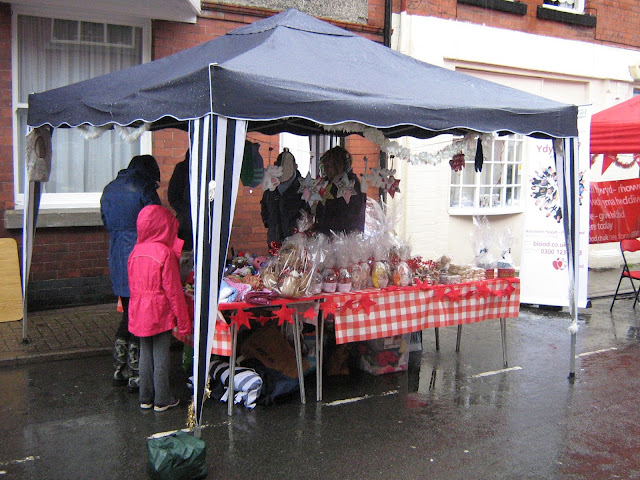 * A seasonal stall in Oak Street. 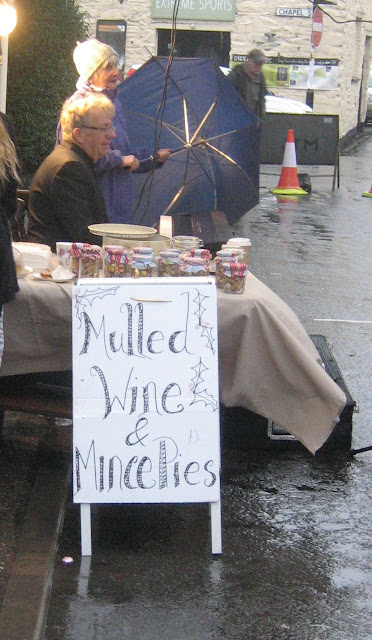 * Mulled wine was amongst the festival fare on sale. 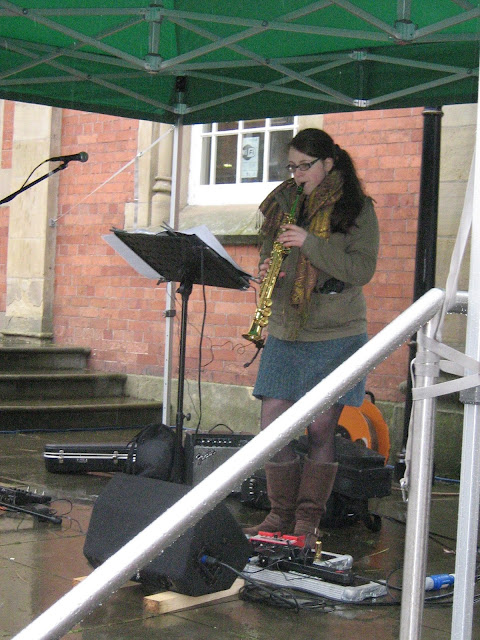 * A saxophone player entertains on the library steps. 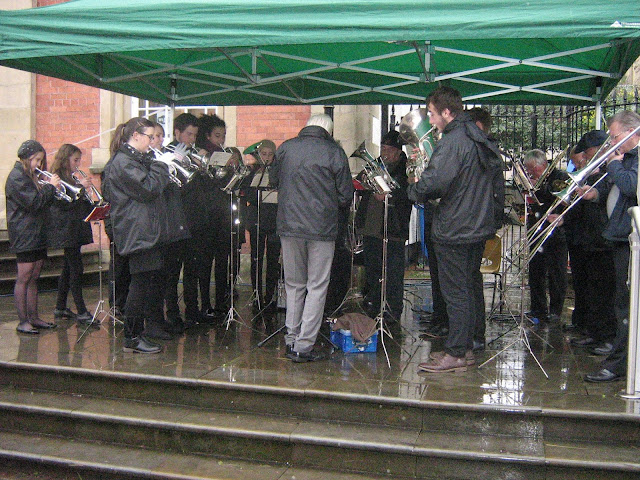 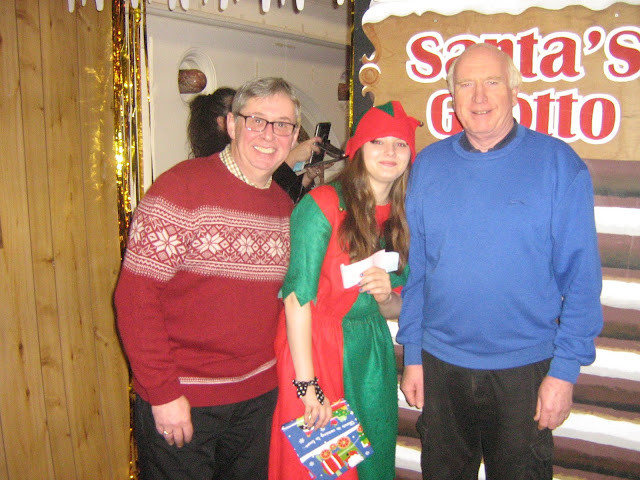 * Santa's little helpers assist with his grotto in the Town Hall.
From left, Graham Platt, Carys Stallard and Phil Meyers. 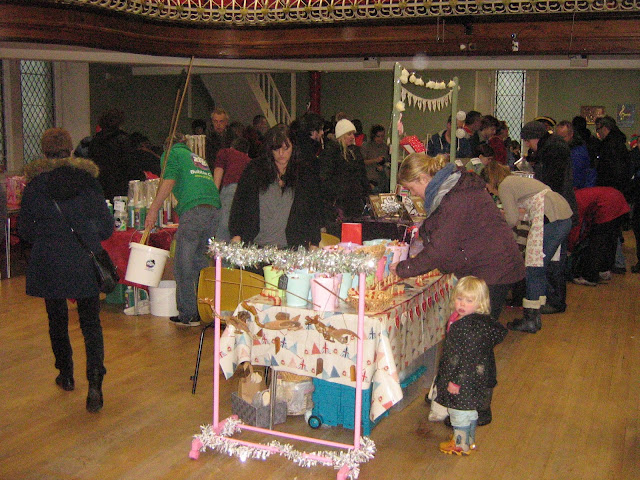 * People select a seasonal bargain at the Christmas fair inside the Town Hall. 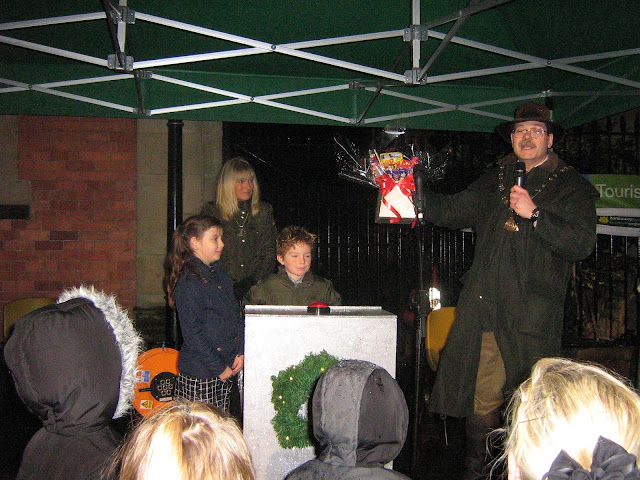 * The Mayor of Llangollen, Cllr Mike Adams, hands over a gift to local schoolchildren
Daisy Jones-Neish and Dyfan Hughes who won a competition to switch on the town's Christmas lights. 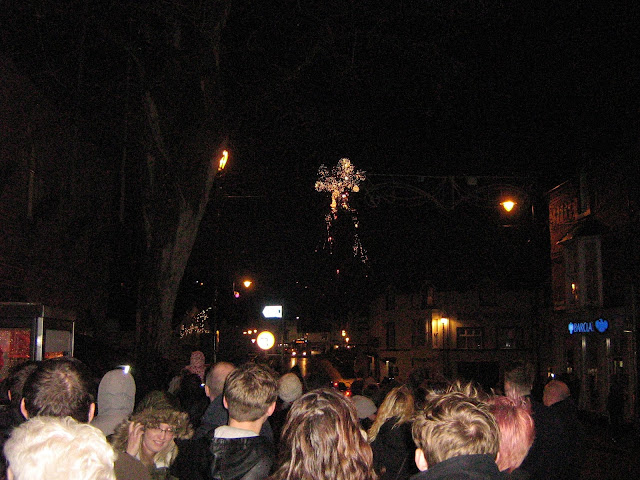 * A firework display brought the day to an end.
Posted by llanblogger at 5:30 PM