Crime tsar Winston Roddick is urging people across North Wales to help him draw up a new blueprint for policing the area. 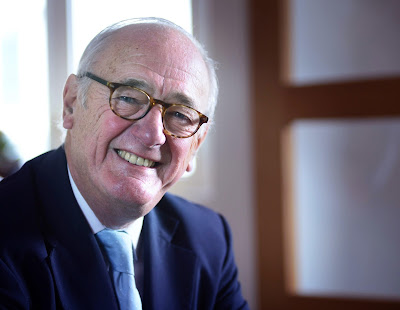 The North Wales Police and Crime Commissioner (pictured) wants all communities, groups and representative bodies have a stronger voice in telling the police what they think is most important and what they are most worried about.
Mr Roddick is updating his Police and Crime Plan and is keen for as many people as possible to be involved in the process.
The commissioner is organising a series of consultation meetings across the region so people can share their ideas.
Alternatively, residents unable to attend any of the meetings can respond via an online survey on his website www.northwales-pcc.gov.uk
All the meetings will be attended either by Mr Roddick or his deputy, Julian Sandham.
Mr Roddick said: "North Wales is one of safest places to live, work and visit in the UK. and I want to ensure we keep it that way.
"Crime in the area has been reduced in recent years and as Police and Crime Commissioner for North Wales, my job is to ensure this continues.
"My overriding objective, where I start from, is that people should feel secure at home and safe in public places and that the police should be visible and available when needed most.
“There is an open invitation to all parts  of the community to share their views.
“As the North Wales Police and Crime Commissioner, I have statutory duty to consult local people on policing priorities.
“In consultation  with the force, I draft an annual Police and Crime Plan and in order to do that the police and I  need to be aware what local people believe  the policing priorities should be.
"My aim is to ensure that the views, needs and expectations of all parts of our communities are reflected in the plan.
“I am accountable to the people when it comes to crime and anti-social behaviour  so it is vitally important for me to find out what people think about how the region should be policed.
“The updated Police and Crime Plan will set out in plain English and Welsh the level of service people can expect to receive from their local police force.
"I meet with several individuals and organisations on a day to day basis and i do listen to their concerns and how we can improve the policing service.
"The most impactful changes that I have implemented to date have been as a direct result of what people have told me.
"The rights and interests of victims will be at the heart of the Police and Crime Plan and with that in mind a new Victim Help Centre was established earlier this year and specialist teams have been set up to combat cyber-crime and child sexual exploitation.
"The dedicated rural crime team was created following the rural communities telling me that rural crime was not dealt with effectively in north Wales, this rural crime team is now well established in north Wales and has made an outstanding difference to tackling crime in rural communities.
"The plan will also focus on the rehabilitation of offenders with the aim reducing crime which will in turn mean there are fewer victims of crime.
“The purpose of the Police and Crime Plan is to ensure the force is paying specific attention to those points which have been identified as crucial by the public, me and indeed by the force itself.
“An important part of my role as Commissioner will be to monitor the force’s compliance with the plan and I will be rigorous in holding them to account on behalf of the people of North Wales.
"There is no escaping the significant financial challenge that North Wales Police has already overcome.
"By the end of March 2016, over £24m will have been cut from its budget.  It is therefore to their credit that North Wales Police have continued to perform so well during this time of unprecedented cutbacks.
"However, there is also no escaping the fact that the significant financial challenge will continue over the next five years.
"When taking into account the savings already achieved, and those to come, the public will recognise that it represents a challenge of great significance and one which will lead to a change in the way policing is carried out in North Wales."
* The meetings are being held Eirianfa, Denbigh, January 11, Glyndwr University in Wrexham, January 13 and at the Village Hall in Ruabon January 14.
Anybody wanting to contribute ideas can also do so via an online survey on the Commissioner's website www.northwales-pcc.gov.uk or they u can e-mail the Commissioner’s office OPCC@nthwales.pnn.police.uk  or write to the Commissioner at Glan-Y-Don, Colwyn Bay, LL29 8AW.
A paper copy of the survey is available by contacting the OPCC and at front counters of main police stations.  The deadline for submissions is January 15.
Posted by llanblogger at 6:51 AM