Dancing up a storm at New Dot's Northern Soul class 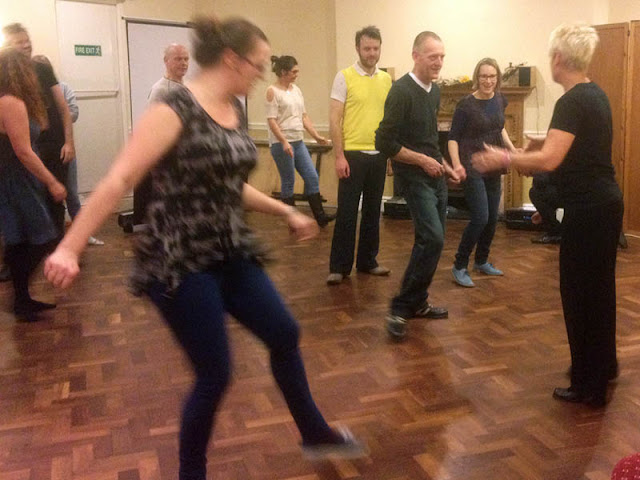 Gearing up for this Friday's season finale, New Dot Cinema hosted a free beginners' dance class on Monday evening at the Hand Hotel.

Despite the gales, fans came from as far as St Asaph to listen to some Northern Soul classics while practicing their 'Wigan Casino style' moves.

Those new to the scene enjoyed picking up the basics, ably taught by Lynne who is a regular at Wrexham's Soul Suite.

The tunes were provided by Lynne's husband Adrian, and their passion for Northern Soul was contagious.

There'll be an opportunity for all to have another boogie to some rare Motown vinyl on Friday 13 November as it's last event of the year,
New Dot Cinema will be welcoming DJ Laurence Preston to the spacious Town Hall dance floor after an early screening of 2014 British hit, Northern Soul.

It has been hailed as an authentic slice of the 1970's Northern Soul scene. 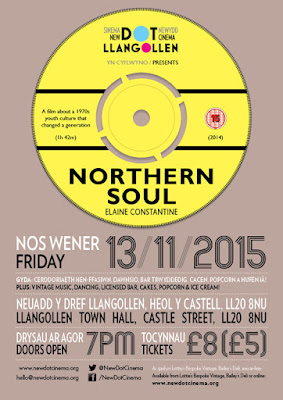 Doors open at 7pm, the main feature starts at 7:30pm, followed by the DJ and bar.

Cinema organiser, Kitsy Burrell said: "It's looking like this month's event is going to be a big one.

"Tickets have been selling well and I wouldn't be surprised if this is a sell-out, to mirror our first event back in July. We're encouraging people with a mod-style scooter to bring it along to qualify for a concessionary rate.

"As usual, we also give concessions to those dressed in 'appropriate vintage attire' which in this case is Northern Soul, Mod or 1960s and 1970s clothing."

At time of press, limited tickets are still available from Baileys Delicatessen on Castle Street in Llangollen, also Lotties' Bespoke Vintage on Oak Street and online at www.newdotcinema.org priced at £8 adults and £5 concessions.

This time, entry is restricted to those over 15 years old. The bar closes at 11pm. Not an 'all-nighter'
unfortunately!
Posted by llanblogger at 6:46 AM