Reforms to local government in Wales will deliver net savings of up to £650m over ten years, the Welsh Government has announced.
North Wales South East Wales South West WalesThe Draft Local Government (Wales) Bill, published today, sets out how "significant savings" can be made in order to protect frontline services at a time of unprecedented demand.
Under the Bill, the current 22 councils will be merged into 8 or 9, cutting overheads, and acting as a catalyst for reforming the way services are delivered to citizens.
Under the eight-council option Denbighshire would be merged with Flintshire and Wrexham, while under the option for nine councils the county would be merged with Conwy. 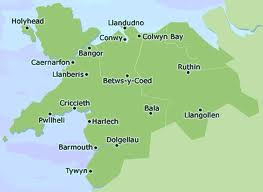 It’s anticipated by the government that the mergers would pay for themselves within two to three years, and the £650m savings figure takes into account all these initial costs. Additional savings could also be achieved by the sale of surplus assets, it is claimed.

Today’s Draft Bill is the start of a formal consultation process on the proposals for local authority mergers announced in June.

Views are sought on the proposed structure, including whether there should be two or three councils serving North Wales. The consultation closes on 15th February 2016.

“This Draft Bill sets out a programme of reform to secure the future of Local Government in Wales. We want to see Councils which are vibrant, strong, flexible, open and transparent - Councils with vision, great leadership and passion, working effectively with the public service workforce and their communities to improve services, improve lives and improve places.

“There is a real opportunity here for Local Government to make significant savings for taxpayers and if Councils work together, plan well and involve their staff there is the opportunity for savings even greater than the £650 million we have identified. This means more money for front line public services, more money to invest in communities and more money to support local economic prosperity.”

The Bill is scheduled to be introduced to the Assembly in autumn 2016, and is being published in draft form in order to seek a wide range of views on the proposals between now and February next year.
Posted by llanblogger at 2:04 PM