Llan Youth Band in the honours 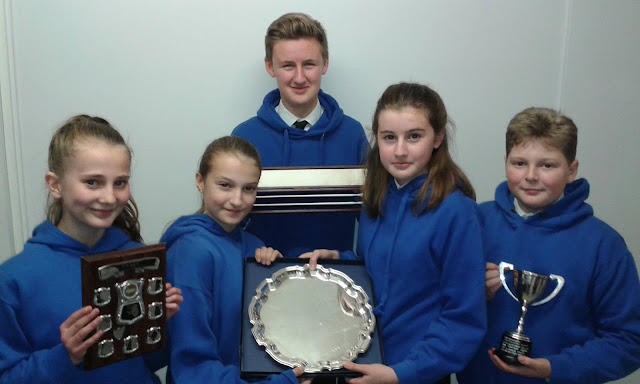 * Youth band winners with their trophies.

Llangollen Youth Band had a highly successful day at the North Wales Brass Band Association Rally in Ruthin on Saturday.

The band, under the leadership of Trevor Williams, won a total of three awards in the competition's youth section.

Their beautiful rendition of William Himes' arrangement of Amazing Grace won them the Eifion Rogers Memorial Salver Best Hymn award, whilst their confident performance of Reginald Heath's London River earned them the Irene Fox Memorial Shield and the Baton of Honour for Best Test Piece.

A band spokesperson said: "This is an extremely fine accolade to earn from an adjudicator who has spent much of his own musical career as a trombone player for top bands such as the Black Dyke Band." 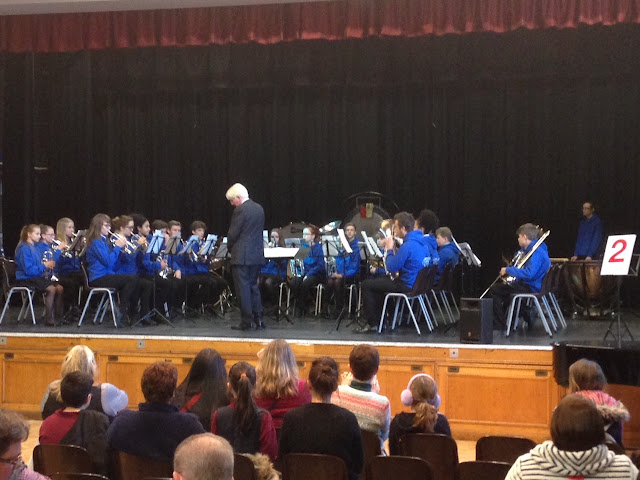 * The youth band on stage at Ruthin.
Posted by llanblogger at 6:49 AM