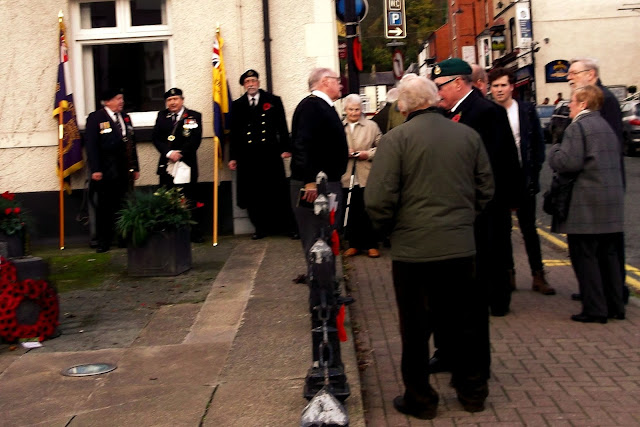 * The gathering at the war memorial.

A ceremony to mark Armistice Day, when the guns of the Western Front fell silent on November 11 1918 to mark the end of World War One, was held at Llangollen war memorial this morning.

The service was taken by John Lawton in his capacity as chairman/secretary of Llangollen and District Royal British Legion.

And as an ex Fisherman’s Mission Missioner, he started with a reading, then a poem followed by the poem In Flanders Field.

The Exhortation was followed by the sounding of Last Post, the observation of two minutes silence, Reveille, the Kohima Epitaph and a final reading.

Posted by llanblogger at 5:34 PM