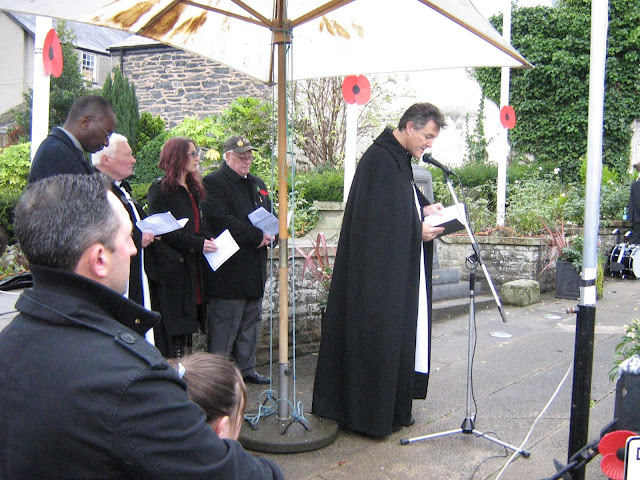 
They shall grow not old, as we that are left grow old:
Age shall not weary them, nor the years condemn.
At the going down of the sun and in the morning,
We will remember them.


Hundreds of people packed the centre of Llangollen for the annual Service of Remembrance this morning (Sunday).
The Rev Andrew Sully, Vicar of St Collen's Church, led the service assisted by other local clergy.


The traditional Ode of Remembrance was read out by John Lawton, of the Lllangollen branch of the Royal British Legion, followed by the laying of wreaths by representatives of numerous local organisations and groups, including the Mayor, Cllr Mike Adams, on behalf of the Town Council.
As the wreath-laying was taking place the names of local servicemen who fell fighting for their country were read out.


Following prayers and hymns, the parade, led by Royal British Legion standard bearers and Llangollen Silver Band, proceeded through the town centre. In its ranks were various groups such as local military cadets, Scouts, Guides and Brownies. 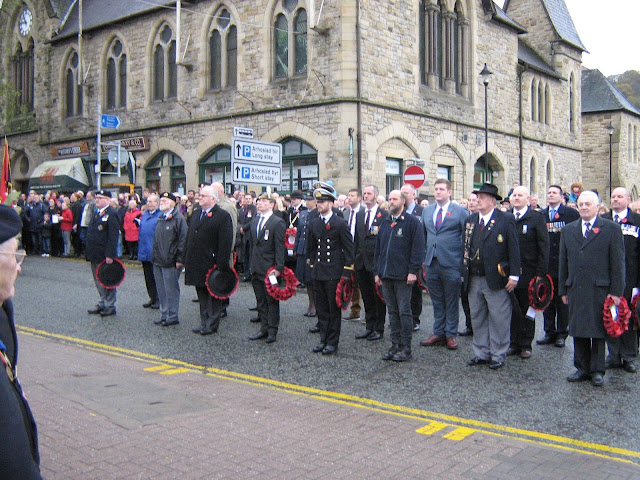 * The parade forms up in front of the war memorial in Castle Street. 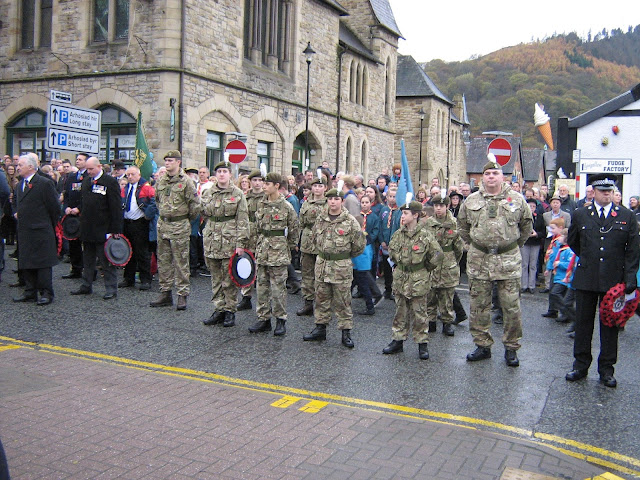 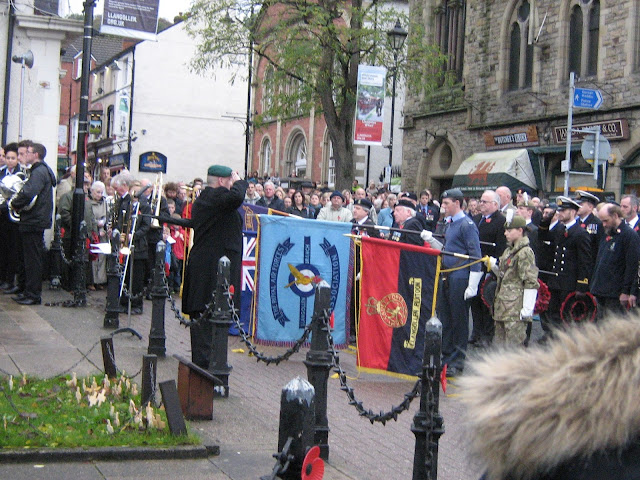 * Standards are lowered in homage to the fallen. 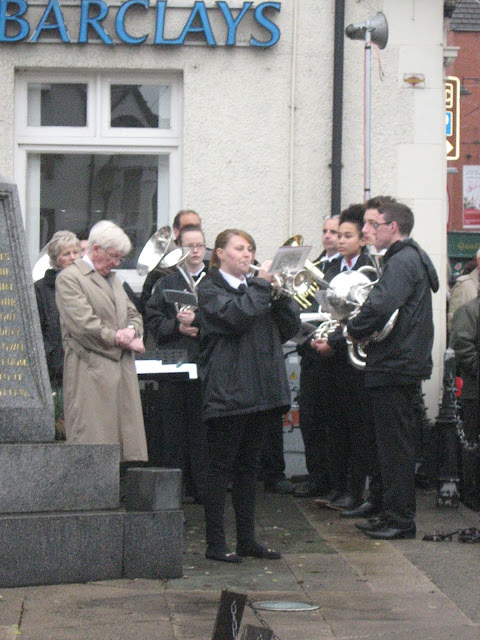 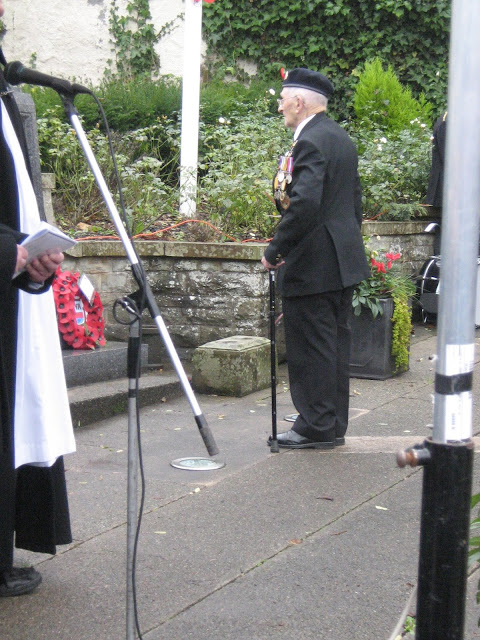 * An elderly veteran salutes the fallen after laying his wreath. 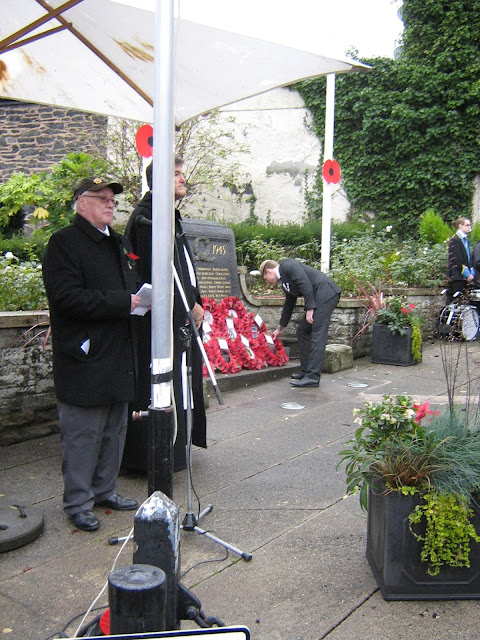 * A younger veteran lays his wreath. 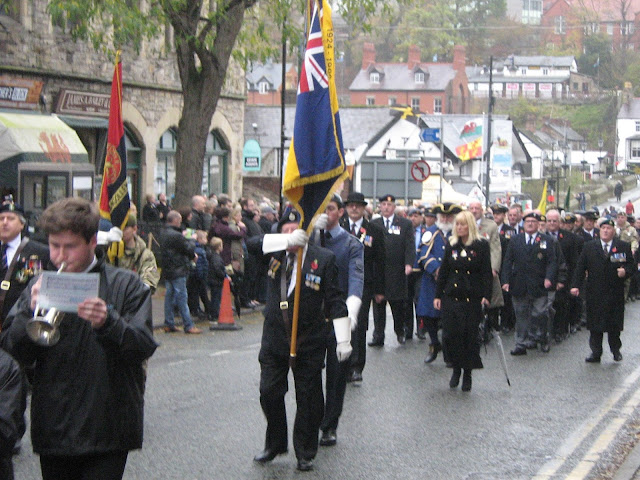 * The parade marches off along Castle Street at the end of the service. 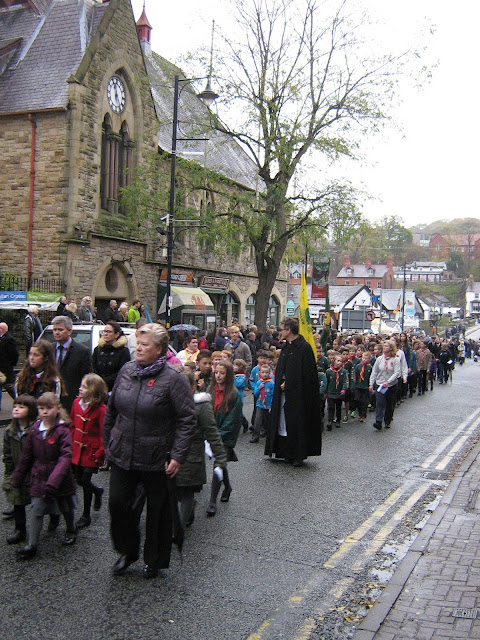 * Many young people took part in the parade. 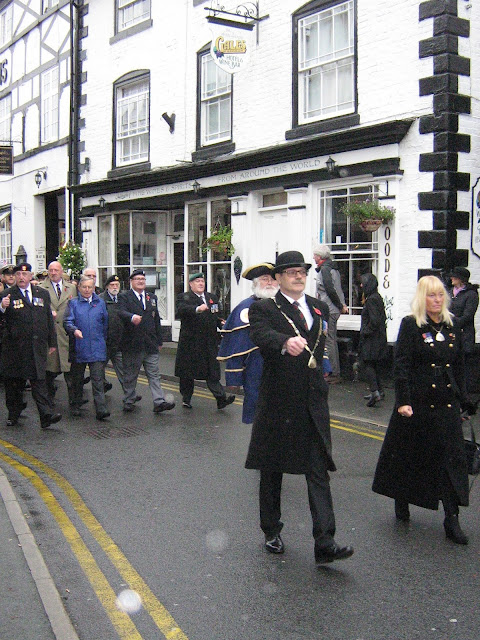 * The Mayor of Llangollen, Cllr Mike Adams,
parades along Bridge Street.
Posted by llanblogger at 12:15 PM