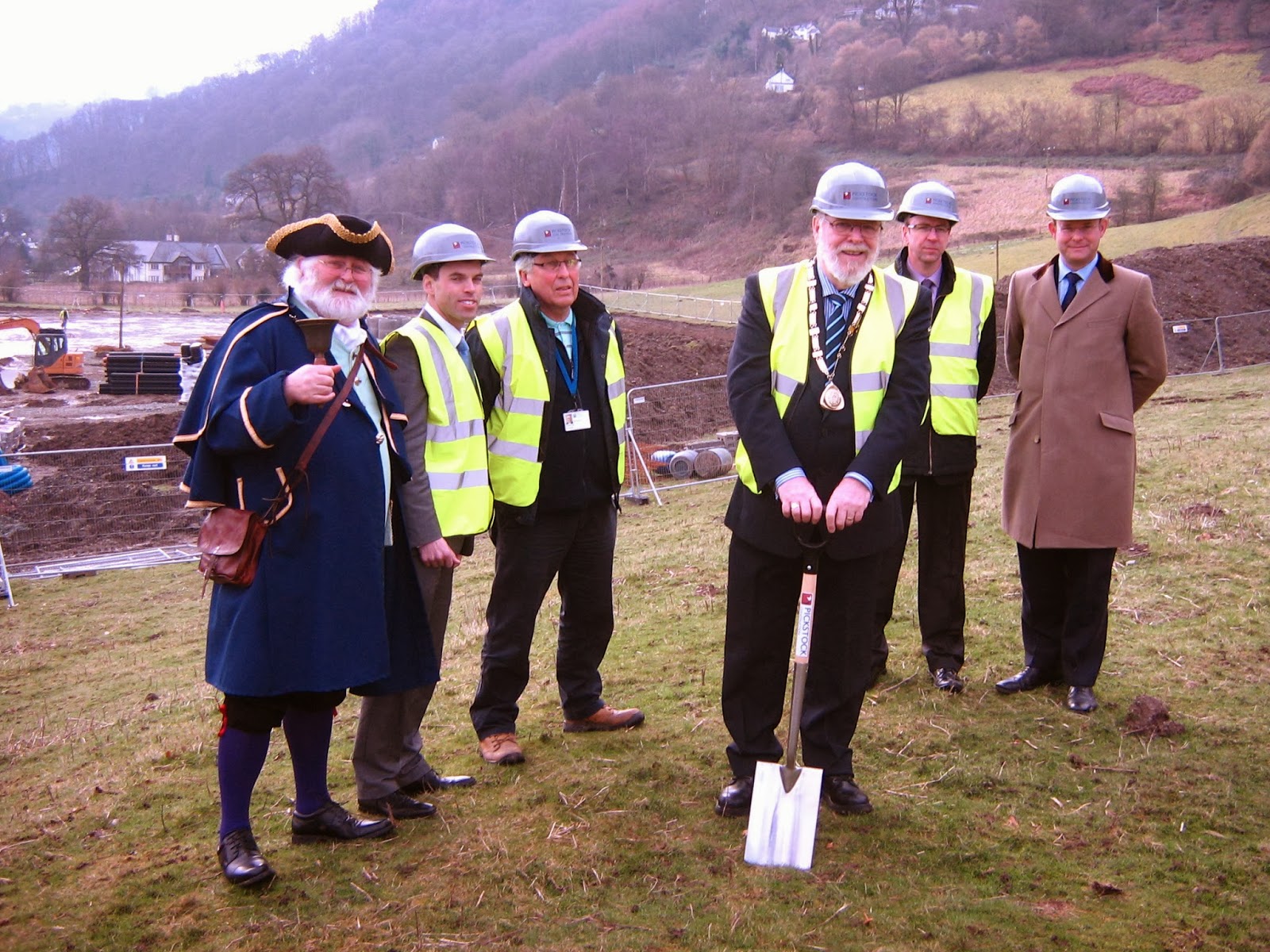 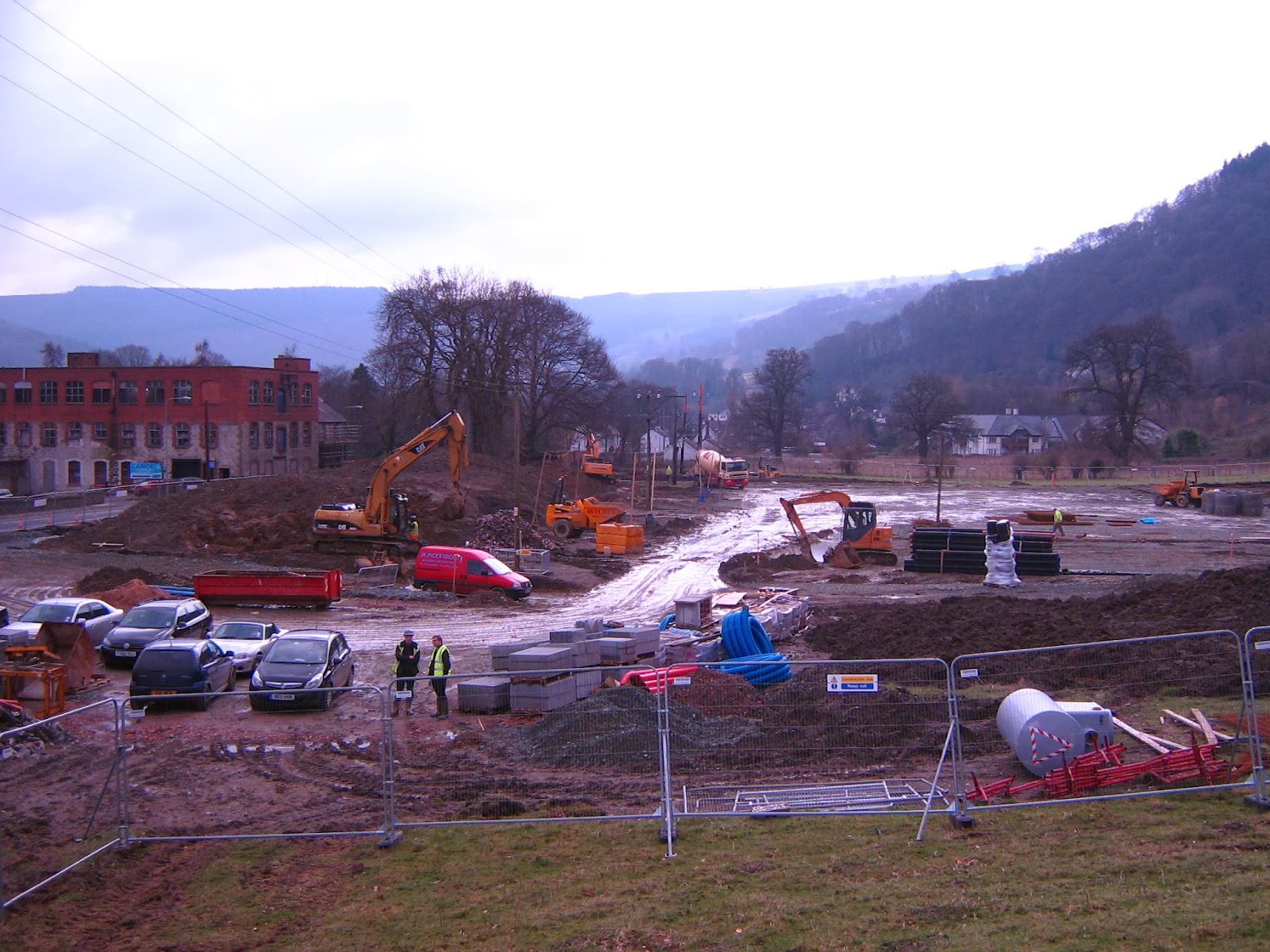 * A general view of the Cilmedw site.

The first sod has been cut on the site of a new factory for the Dobson & Crowther  printworks at Cilmedw.


The ceremony this morning (Friday) was performed by the Mayor of Llangollen, Cllr Bob Lube, watched a group of VIPs from the company, developers J-Ross and the world of local politics.
The new factory will allow Dobson & Crowther’s current premises nearby on the A5 to be demolished to make way for a planned new Sainsbury’s supermarket.


Building work at Cilmedw is due to be complete by late summer with work starting on the supermarket shortly afterwards.
Clwyd South Assembly Member, Deputy Minister for Skills and Technology in the Welsh Government, who was at the ceremony said: “This is a great day for Llangollen and the Dee Valley.


“It is vital that we attract high quality, skilled jobs to rural areas, particularly for younger people, and this project will do precisely that.
“It will not only secure Dobson & Crowther’s future but also open up opportunities for job creation and help Llangollen to become a stronger and more vibrant community.”

* Keep Llangollen Special has submitted the following statement in response to the story:


"Keep Llangollen Special regrets that the Mayor of Llangollen and other dignitaries have chosen to associate themselves in a supportive manner with the job losses at Dobson & Crowther.
"Having researched this particular niche industry in detail, KLS forecasted these losses - from an original workforce of 110, now 60 – over two years ago.
"Billed as safeguarding precious jobs at Llangollen’s largest employer, this was the crux of granting planning permission despite powerful objections, including well-founded predictions of these job cuts. There are no other firms in North Wales where these people’s skills will be sought after, which leaves them especially disadvantaged in the job market.
"The smiles to camera will not be shared by these victims of broken promises. We call on those present to show at least a little contrition for their plight and undertake to procure resources to help them retrain in new skills to help them support their families.
"Given the new building and new machinery, we predict further jobs in line with European competitors who are more productive and run with fewer employees.
"In particular, we call upon Councillor Stuart Davies to apologise for falsely blaming the job cuts on objectors."