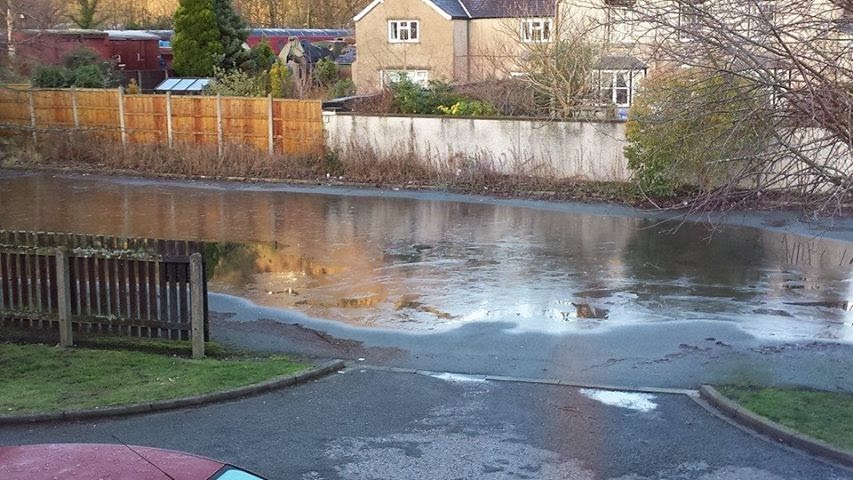 Residents living close to the car park of the former Llangollen Community Hospital in Abbey Road have spoken of their concern that it is constantly flooded.


But Betsi Cadwaladr  University Health Board, which still owns the land, has said it is making arrangements to unblock a drain to solve the problem.
Neighbours say that for the past few years the car park has taken on the appearance of a small lake due to a number of blocked drainage grids.


This flooding took place long before the hospital was closed last year and has continued since, they claim.
A number of people living in the sheltered housing block adjacent to the car park say they would like to park on it, especially as it is now no longer needed for the hospital. However, they are unable to do this as it would mean them wading through inches-deep water to access their vehicles.


The neighbours also point out that having a large area of dirty, stagnant water so close to their homes is unsightly and unacceptable.
A Betsi Cadwaladr University Health Board spokesperson said: “We are aware of the current flooding on the site and are making arrangements to unblock a drain in the centre of the car park to hopefully alleviate the problem.


“Following the closure of the Hospital the Health Board is in the process of agreeing terms of the sale of the land which is surplus to our use.
“In the meantime, whilst we understand that nearby residents may see the land as useful for parking we have to point out that anyone parking there is doing so at their own risk.”
Posted by llanblogger at 7:47 AM