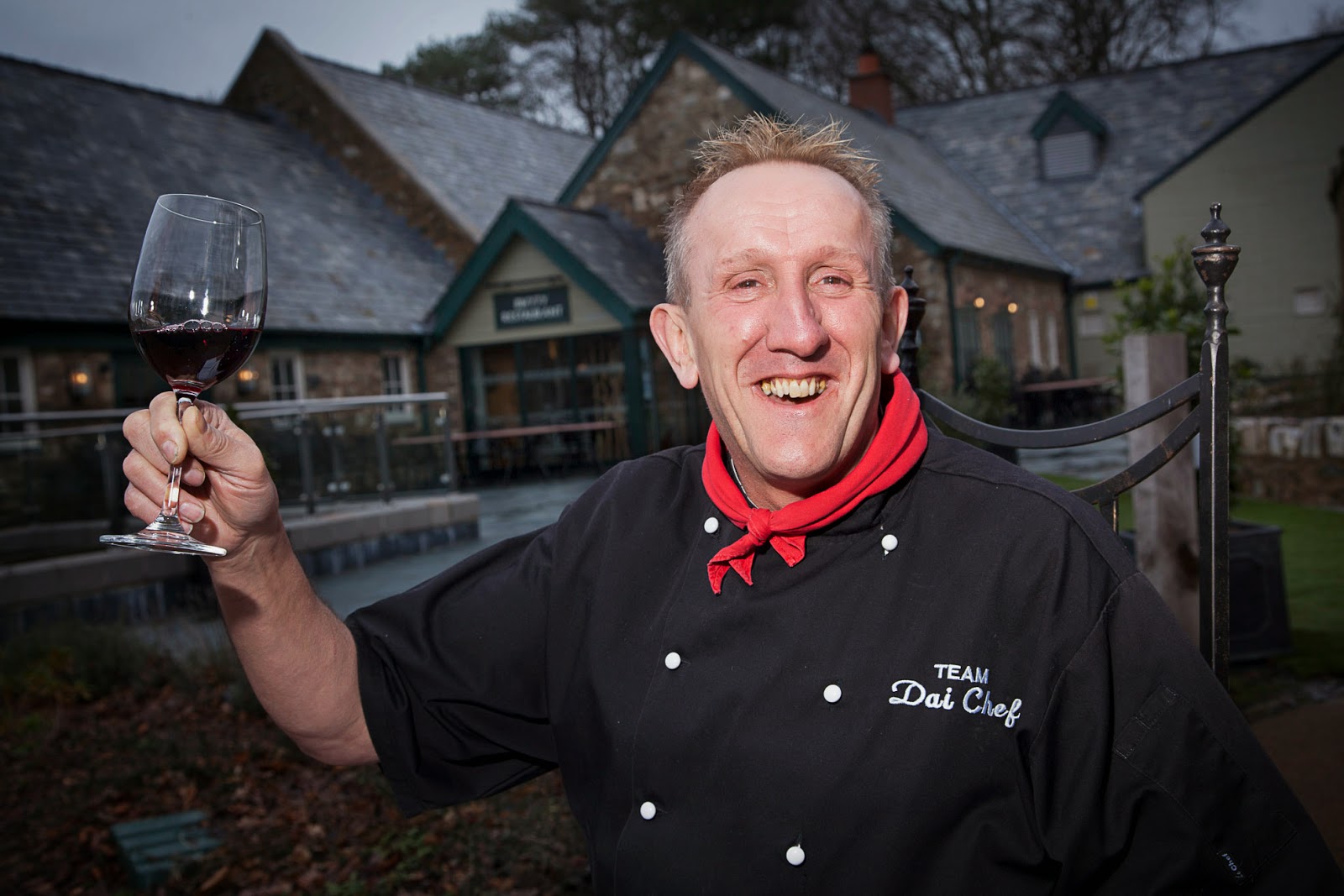 
A TOP celebrity chef who wowed opera superstar Luciano Pavarotti with his culinary skills has landed his "dream job".
Dai Chef, who lived in Chirk for many years, has vowed to champion Welsh produce after being appointed as the resident chef at Bodnant Welsh Food in the Conwy Valley.
The centre of excellence at the heart of the 5,000 acre estate has been a big hit since it was officially opened by the Prince of Wales and the Duchess of Cornwall in 2012.
According to Dai, his role at Bodnant  is the culmination of a 30-year mission to promote the merits of Welsh food.
Working with Executive Chef Clare Jones who's been at Bodnant since it opened, he will be running the centre's Hayloft restaurant and tea room as well as teaching in the cookery school, with the ingredients coming from Bodnant's acclaimed farm shop.
Dai famously cooked for Pavarotti when he came to perform at the Llangollen International Musical Eisteddfod in 1995, exactly 40 years after he first came to Llangollen as part of his father's choir from Modena, in Italy.
A native of Aberystwyth, Dai gained his initial experience in some of the largest hotels in London's West end and by the age of 21 he was the youngest chef saucier – in charge of the creation of delicious sauces – at the world famous Carlton Club in St James’s.
He was the founder of the Welsh Culinary Team and is now seen as the "Daddy of Welsh Chefs", having trained the like of Rhodri Williams, the Senior Sous Chef at Raymond Blanc's legendary Oxfordshire eatery, Le Manoir aux Quat'Saisons.
For the past six years Dai has been chef director at the Ship Inn at Red Wharf Bay on Anglesey and in 2008 he was awarded an Honorary Fellowship at Glyndwr University in Wrexham.
Dai, who's moved to live in Colwyn Bay, said: "I started championing Welsh food 30 years ago when it wasn't flavour of the month so my role at Bodnant - as the centre of excellence for Welsh food - is truly a dream job for me. It's a marriage made in culinary heaven.
"The menu at the Hayloft restaurant will be full on Welsh rustic food with a modern twist.
"All the ingredients are available right here literally on the doorstep. Bodnant has its own butchers shop and delicatessen. The butter is produced here, the bread is baked here. We're not talking food miles - it's more like food yards.
"I'm just putting the final touches to the menu for St David's Day and I've gone down the traditional route with lamb, leek and lava bread in a cawl style.  I’m going to slice some lovely potatoes over the top with some the award winning Bodnant cheese."
Gwyndaf Pritchard, the General Manager at Bodnant Welsh Food, was equally excited about Dai's arrival.
He said: "We are the Welsh Food Centre and Dai is very passionate about Welsh produce, as well as being extremely talented and creative.
"Bodnant is now well established as a centre of excellence but we are determined not to rest on our laurels and Dai's appointment will help take us to the next level.
"Food is an increasingly important part of the Welsh economy and we are doing our bit by sustaining local growers and local farmers.
"Forty per cent of the produce on sale in our shop comes from Bodnant Welsh Food and if we can't produce something ourselves, then the Conwy Valley is our first port of call.
"These are exciting times at Bodnant and we have an appetite for even more success."
Posted by llanblogger at 7:39 AM