Susan Elan Jones, MP for Clwyd South, has been awarded a national road safety award by the charity Brake and Direct Line Group for her work campaigning for longer jail terms for drivers who kill or seriously injure.
Susan (pictured right) launched her campaign after the tragic death of nine-year-old, Robert Gaunt, who was run over and killed in 2009. 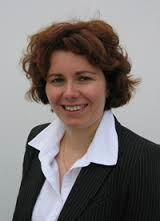 The driver of the car involved had no licence, no insurance and failed to stop when he hit Robert. He was given a 22 month prison sentence, but served just 10 months.
The maximum sentence for causing a death when driving unlicensed, disqualified or uninsured is two years in jail, and the maximum for killing someone and failing to stop and report it is up to six months. This compares to a maximum penalty of 14 years in prison for drivers convicted of causing death by dangerous driving.
Susan brought forward The Driving Offences (Review of Sentencing Guidelines) Bill under a 10-minute rule bill in January. She called for the government to reconsider the maximum jail sentences for driving that leads to death and serious injury, including unlicensed and hit and run drivers.
After being contacted by Robert Gaunt's family and other local residents in 2010 outraged over the lack of justice following Robert's death, Susan determined to take up the call in Parliament.
Since then, Susan has been in regular contact with the family and has written letters, worked in the media, tabled parliamentary questions and lobbied ministers to raise awareness of this gross injustice.
In 2011, Susan drew the attention of the Parliamentary Under-Secretary of State for Justice, Crispin Blunt, to her campaign and urged him to consider a review of maximum sentences for serious driving offences. While he noted her concerns, this time the Minister did not accept the need for a review.
Susan was able to secure cross party support for her Private Member's Bill - in January 2014 - calling for a review. Numerous other MPs across different parties said they had experienced similar cases to Robert's in their own constituencies, and were equally concerned about the issue of justice for bereaved and seriously injured road crash victims.
The formal date for second reading in Parliament is 28 February and the Ministry of Justice is now committed to reviewing the law surrounding serious driving offences.
Susan has been speaking to MPs across different political parties to try to ensure the issue is kept at the forefront of the political debate, and vows to continue working on the campaign.
Julie Townsend, deputy chief executive, Brake, the road safety charity, said: "We're fully behind Susan's campaign, which is vital in helping to secure justice for families who have been devastated by road death or serious injury.
"Risky, illegal driving frequently ends lives violently and needlessly, and inflicts appalling suffering on families and communities, which we bear witness to through our support services for crash victims. It's crucial these offences are taken seriously and appropriately tough sentences are handed out, to deter risky driving and ensure justice is done.
"We applaud Susan's work, and look forward to continuing to work alongside her in the future."
Susan Elan Jones said: "Brake is an outstanding campaigning organisation - and I am absolutely delighted to receive this award. However, this award also belongs to local campaigners and Overton-on-Dee Community Council who have worked with me throughout on this campaign.
"We remain determined in our quest to work with Brake to secure some measure of justice for the family of those people so tragically killed or seriously injured on our roads."
Posted by llanblogger at 7:47 AM