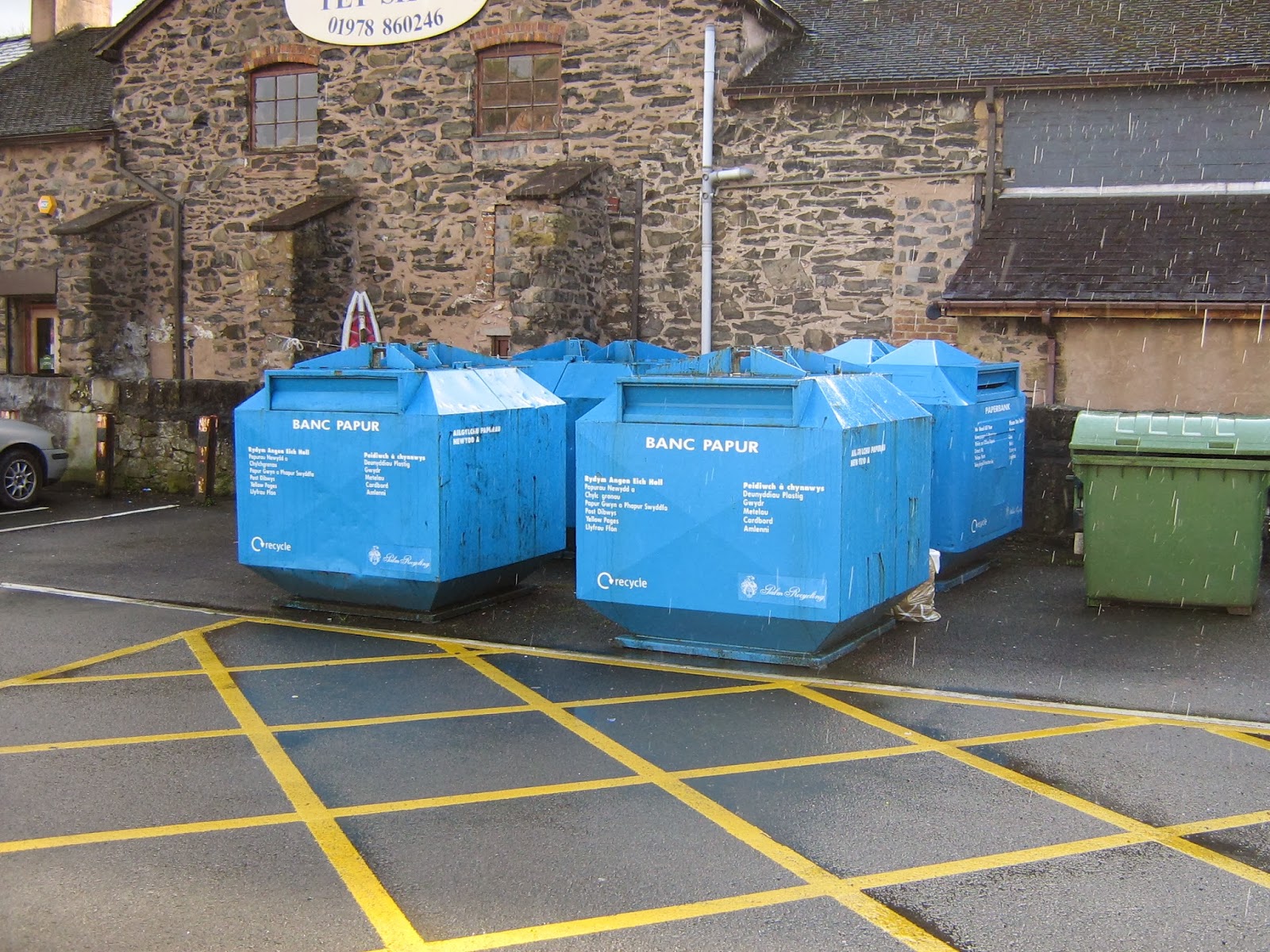 * The recycling area now minus the bottle bank.

Denbighshire County Council has been explaining the reasoning behind the removal of the bottle bank from the Market street car park which was highlighted by llanblogger recently.

A council spokesperson said: "Our request to reduce the number of bottle banks was because the site was uneconomical due to the very low volumes.

"Before countywide kerbside recycling, the contractor was getting 7-8 tonnes of glass from the site every month, it has now dropped to a less than 1 tonne per month.

"Our request for the contractor to remove banks meant that instead of coming to the site every 5-6 weeks, he would have to attend at least twice as often and collect a fraction of the volume every time.

"It's just not viable for them to do this, particularly given Denbighshire is on the fringe of the operating area.

"The last remaining issue is whether the council could pay the contractor a premium to attend. Our estimate is that it would probably cost in the region of £100 per tonne to retain the service in Llangollen as we wanted it and that is an unjustifiable rate.

"If householders (the only people who should use the bottle banks) instead put their glass bottles with their fortnightly recycling collection at home it will actually generate more revenues (£20 per tonne) for the council and deliver greater value to the taxpayer.

"Several local authorities in England are currently removing all their recycling banks because reduced volumes have made them more expensive to operate than their household collections.

"In Denbighshire, all the plastic bottle and can recycling banks were removed three years ago because the costs became excessive given that household collections were offered everywhere."

* If you have any views on the removal of the bottle bank, please send them by email to llanblogger@gmail.com
Posted by llanblogger at 7:46 AM