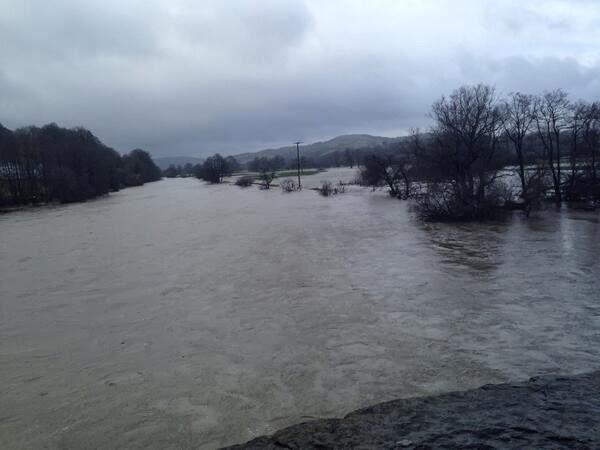 * A picture of the Dee flooding from North Wales Police control room.


The River Dee has burst its banks at Corwen.
On Twitter at about 9.30am, the North Wales Police control room says: “Flooding in Corwen. Green Lane only just passable with extreme care. Don't take risks, use an alternative route.”


Another tweet from the control room at around the same time says the flooding is near Carrog.